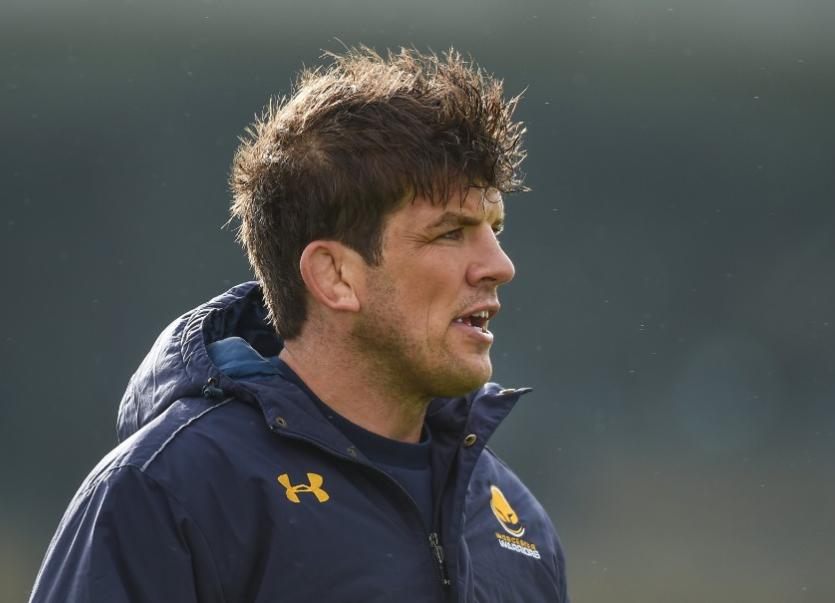 Donncha O'Callaghan retired from rugby with the Worcester Warriors

Former Ireland, Munster and Lions second row Donncha O'Callaghan has produced a new documentary about his life after rugby.

Donnhca O’Callaghan: Game Over: True Lives, airs on Friday February 1 at 10.30pm on Virgin Media One and is a must watch for all sports fans, anyone who is retired and even anyone who has ever know someone who has retired.

The Limerick Leader sports team got a sneak peek of the documentary this week and viewers are certainly in for a real treat.

O'Callaghan's final weeks with the Worcester Warriors are chronicled in the opening minutes and there won't be a dry eye in the house as the lovable character calls time on his famous career.

The documentary quickly becomes more about Men's mental health and the struggles with finishing work or sport than it is about sport itself. That message quickly becomes this programme's unique selling point. Even though stars of soccer, NFL, Aussie Rules, Mens Sheds and even Wrestling are all highlighted, the piece is more than just about sport.

"I think there is a really important message here. I think it can get lost in sport and in rugby, but the message is about men in general. Men just aren't talking about their issues. There is a line in there about a man who retired from work on Friday and when he woke up on Monday, he didn't know who he was as a person anymore. That really struck with me. He felt like he had left his identity there, at work"

"I am delighted with the documentary. It helped me with my difficult transition of retirement. The hard question is, who are you, when you step off the rugby field for the last time?

A lot of the time it can be your identity. Thankfully now, I am looking back and wondering who is that playing rugby. I am comfortable in my own skin enough to look back at games and think, who is that lunatic? "

O'Callaghan's journey through the documentary also made him reflect on his time with Munster. When asked if he had any regrets, the Cork second row admitted that the Munster squads that he played in, maybe held each other back and that they should have won more.

"We slagged each other. We held each other back at times. We probably didn't know how good we were. That's my one reservation about that group of lads. I would love to go back to 24 year old 'Donners' and slap him in the face. Whatever about rugby players, I was around great men, great characters. I actually finished my career with great regret. We should have made an unbelievable haul (of trophies). We probably held each other back. No one really voiced how good we actually were. We played with a chip on our shoulder constantly. Specific to myself, I would constantly be going out on the field with insecurities when we should have been going out there with more of a confidence and a swagger"

O'Callaghan admits that his Munster side's were more inclined to play with fear than with confidence and he wishes he could have known then, what he knows now.

"We weren't just afraid of losing. We were afraid of everything. Leaving the place down, leaving the people down. You can live with losing, but sometimes you can't live with walking down the street and seeing people looking at you and knowing you left them down. However Munster fans were the best at knowing when you have given your all and they didn't ask for anything more"

The documentary, trailer below, is a must watch for all sports fans, but as stated above, it quickly comes apparent that the message is not just about sport, work or retirement, it is about sharing feelings.

O'Callaghan has given much to the people of Cork, Munster and Ireland on the field, but this could yet be his best work.

Former international rugby player Donncha O'Callaghan embarks on a personal journey through his retirement from the game
'Donncha O'Callaghan: Game Over' Friday at 10:30pm on Virgin Media One @docallaghan4 #GameOver pic.twitter.com/BUM3jRe9nv