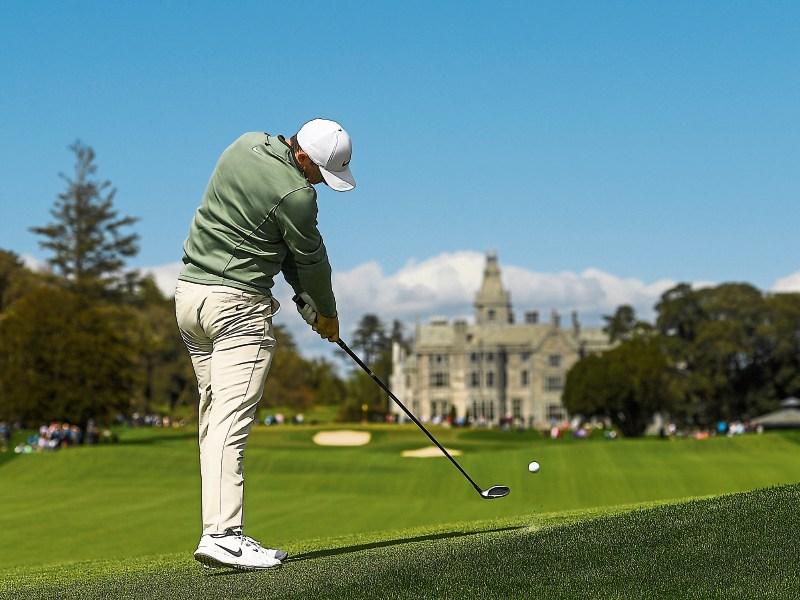 Rory McIlroy in Adare Manor: The golfer has said he 'would be very confident' an Adare bid would be very successful Picture: Sportsfile

ONE of the UK’s most high-profile golf courses has emerged as a potential rival to JP McManus’ bid for the 2026 Ryder Cup to be held at Adare Manor in Limerick.

Wentworth – home of the European Tour – is keen to stage the Ryder Cup on the 100th anniversary of the first unofficial match between British and Irish professionals and their counterparts in the US in 1926, which was played at the Surrey Course.

According to a report in this Friday’s Irish Daily Mail, Wentworth has emerged as a “serious rival” to McManus’ Adare Manor bid for the right to host the 2026 Ryder Cup.

The paper reports that Wentworth, which staged the Ryder Cup in 1953, will point to the fact that the event has not taken place on English soil since The Belfry hosted it in 2002. It has since been staged at The K Club in Kildare in 2006, Celtic Manor in Wales in 2010, Gleneagles in Scotland in 2014 and last year’s staging at Le Golf National in France.

Adare Manor is considered to be ahead of Wentworth in terms of its bid planning and preparation and the Limerick course does have government support, who have been in active discussions to host the showpiece event with tour officials.

Tourism Minister Shane Ross said in November: “I can give you an assurance that Adare Manor is certainly in the frame. It’s being looked at as a very serious contender for 2026, that is correct. I can say at the moment that I know of no competitors [in Ireland]. That doesn’t mean there won’t be any, but I know of none at the moment.

“It’s obviously a wonderful amenity, almost unparalleled in golf around the world.”

Mr McManus, who attended the Ryder Cup in France last year, is intent on hosting the event, it is understood.

Tour CEO Keith Pelley, a man who will be instrumental in the final decision, said in Adare in April last year at the launch of the 2020 JP McManus Pro-Am that “conversations we’ve had with JP and other people who’ve expressed an interest is that our real focus is Paris 2018 and delivering the greatest Ryder cup that we’ve ever produced. After that, we’ll turn our attention to 2026.”

Ryder Cup captain Thomas Bjorn and vice-captain Lee Westwood stayed in the Manor after their heroics in Paris, thanking JP for the privilege at the time.

The Adare Manor bid has been backed by former Ryder Cup captain Paul McGinley and star golfer Rory McIlroy, who played a round in Adare to launch the Pro-Am. McGinley said he would be “100% behind” Adare as a venue, while McIlroy said he “would be very confident that this (an Adare bid) would be very successful”.

The potential for Adare to host an event attended by more than 250,000 people and watched by millions around the world has previously been described as a “fantastic opportunity” by TD Niall Collins, himself a keen golfer who has played the Tom Fazio resdesigned course.

“It would be incredible for Limerick to host the Ryder Cup. It would put Limerick and the region on the global golfing and sporting map,” said Deputy Collins.