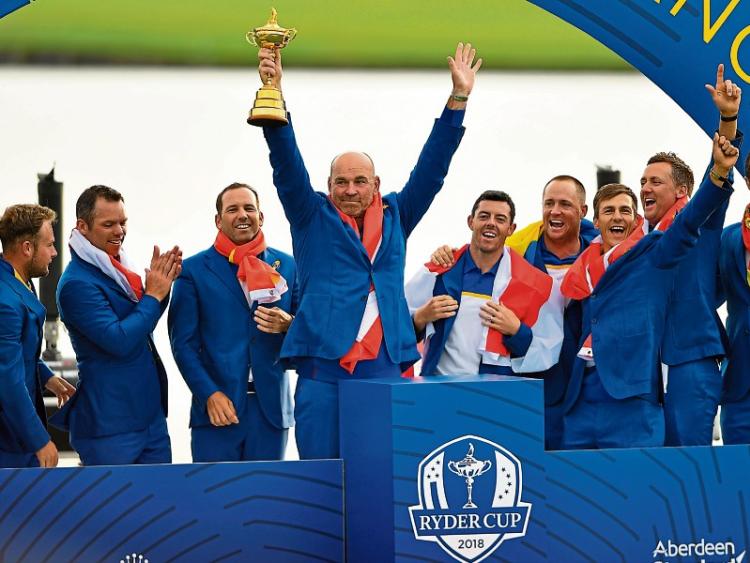 Thomas Bjorn holds the Ryder Cup aloft after victory in Paris last Sunday. He is in Adare Manor this Friday Picture: Sportsfile

RYDER Cup winning captain Thomas Bjorn has thanked JP and Noreen McManus for helping him “attempt” to unwind at Limerck’s Adare Manor after victory in France.

The Danish golf star, who captained Europe to a comprehensive victory in Paris last weekend in the Ryder Cup, is staying at Adare Manor in the wake of the event.

Posting on instagram this Friday, he said: “Aaaaaaaand relax! A big thank you to JP and Noreen for helping us attempt to unwind!! What a place!”

Aaaaaaaand relax! A big thank you to JP and Noreen for helping us attempt to unwind!! What a place! ️‍♂️

Bjorn follows in the footsteps of his vice captain Lee Westwood in visiting the five-star resort this week, with Westwood raving about the “spectacular” County Limerick hotel on a visit with girlfriend Helen Story.

The resort, renovated and remodelled to the tune of upwards of €200m, is the odds-on favourite to be awarded the honour of hosting the 2026 Ryder Cup.