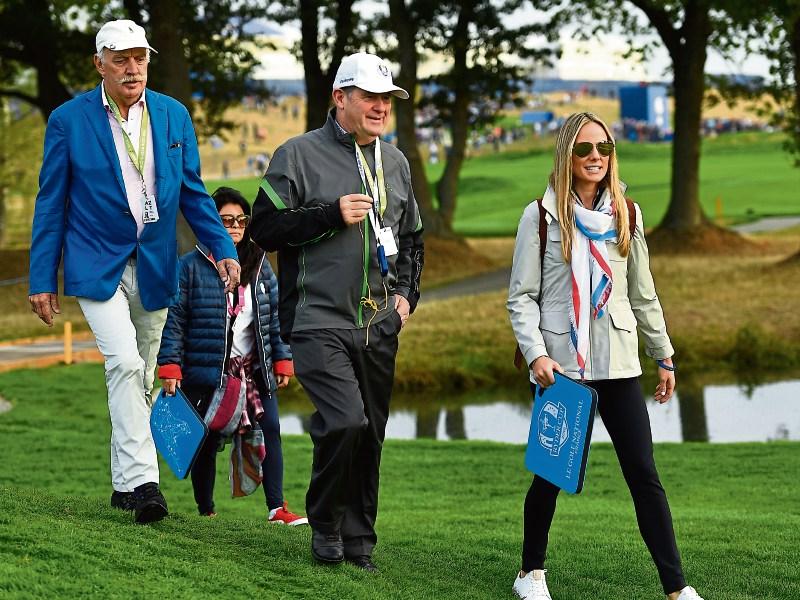 AFTER the high of a barnstorming win for Europe over the USA in the Ryder Cup in Paris at the weekend, the focus has switched back to the potential for Adare Manor to host the event in 2026.

Adare Manor is being strongly positioned as the venue for the event in 2026, with owner JP McManus, who attended the Ryder Cup in France over the weekend, intent on hosting it and the course is the odds on favourite to secure it.

Mr McManus attended the Ryder Cup at Le Golf National in Paris last weekend and was believed to have been a guest of the European Tour.

Tour CEO Keith Pelley, a man who will be instrumental in the final decision, said in Adare in April at the launch of the 2020 Pro-Am that “conversations we’ve had with JP and other people who’ve expressed an interest is that our real focus is Paris 2018 and delivering the greatest Ryder cup that we’ve ever produced. After that, we’ll turn our attention to 2026.”

That focus is keen now and it is believed that Minister Shane Ross went to Paris to meet with Ryder Cup bosses to discuss the 2026 venue, with the government understood to be open to the McManus bid for the tournament. The Minister’s office did not respond to a request for comment on the bid this week.

Ryder Cup captain Thomas Bjorn and vice-captain Lee Westwood stayed in the Manor this week after their heroics in Paris, thanking JP for the privilege.

The Adare Manor bid has been backed by former Ryder Cup captain Paul McGinley and star golfer Rory McIlroy, who played a round in Adare to launch the Pro-Am. McGinley said he would be “100% behind” Adare as a venue, while McIlroy said he “would be very confident that this (an Adare bid) would be very successful”.

The potential for Adare to host an event attended by more than 250,000 people and watched by millions around the world was described as a “fantastic opportunity” by TD Niall Collins, himself a keen golfer who has played the Tom Fazio resdesigned course.

“It would be incredible for Limerick to host the Ryder Cup. It would put Limerick and the region on the global golfing and sporting map,” said Deputy Collins.