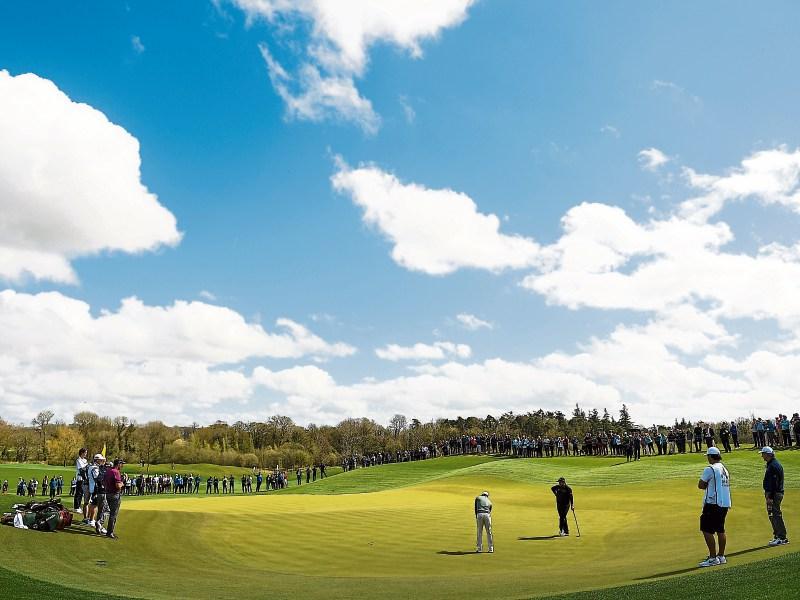 AS LIMERICK gears up for a Ryder Cup bid in 2026, there is a fresh drive to ensure the Adare bypass is in place should golf’s biggest stars and thousands of fans come calling.

With high hopes the showpiece event could come to Adare Manor, top level talks are believed to have taken place with government officials, JP McManus and other members of the golfing community with the aim of securing the gold-plated tournament.

They have also been backed by a galaxy of golf stars including Rory McIlroy, Padraig Harrington, Shane Lowry and former Ryder Cup winning captain Paul McGinley who said he would be “100% behind” Adare as a venue.

Organisers, however, will be keen, should the event come here, for the Adare by-pass to at least be in place to relieve local congestion.

This week, with an €8m pre-tender process kicking off on the delivery of the €850m Limerick to Cork motorway, Senator Kieran O’Donnell even believes 2026 is a not-too-unrealistic aim to get the M20 completed for an influx of tourists.

“JP McManus and Adare Manor are looking to bring the Ryder Cup in 2026, so that is something we should be aiming for. We need to be setting defined targets in terms of time. I feel this is one of many targets, but it’s one that people will understand,” he said.

Having the Ryder Cup in Adare would be “massive”, Michael Ryan, the chairman of the Mid-West branch of the Construction Industry Federation said.

“I cannot say if it will help the application, but it would do it no harm if we had a big infrastructural project completed around that date. It’s eight years away, so it’s absolutely a realistic target,” he said.

Mr Ryan also noted Lahinch could seek the Irish Open around that time – with Adare Manor providing accommodation for competitors.

“A complete bottleneck around the village isn’t going to help,” he said.

Helen O’Donnell, who chairs the City Business Association reflected these fears, saying she would be seeking a “commitment” on the roads network in Adare if the Ryder Cup comes.

Boylesports has this week made Adare the favourite to host the Ryder Cup in 2026, offering odds of 6/4.

Speaking last Friday, Mr McManus said: “We’ve put our name into the hat, and we’d love to have it. I think we have the facilities to host it. Every golf course owner would love to get the Ryder Cup. I’m sure it would cost plenty, but as I said, I’d like to bring it to Ireland.”

Mr McIlroy said: “I have played and competed at much worse venues in the Ryder Cup. I’d be very confident this would be very successful.”

Meanwhile, it has also emerged private householders in Adare have begun to receive enquiries from American golf fans about accommodation – eight years out – since the momentum began to build over the bid.

The awarding of the contract to build the long awaited Limerick/Cork motorway could be made by later this year.

The €8m tender advertised by the council is to deliver four pieces of the project, in a move which will make the scheme shovel ready.

The next step once this is in place will be the contract for the construction of the road, which will cut journey times between Ireland’s second and third cities to under an hour.

It’s hoped the four-year design contract will be awarded by the end of September.

The pre-tendering documents, seen by the Limerick Leader, have called for comapnies to have at least €6.5m in personal indemnity insurance cover, and a minimum turnover of €6m.

It is also calling on any interested companies to demonstrate three other major road projects of over €20m – and one major scheme of over €100m – it has worked on.

Any company interested in delivering the design phase must also demonstrate that it has employed at least 80 people in “manpower” as well as 60 technical staff.

It is also disclosed the Limerick to Cork motorway will be managed from Dooradoyle.