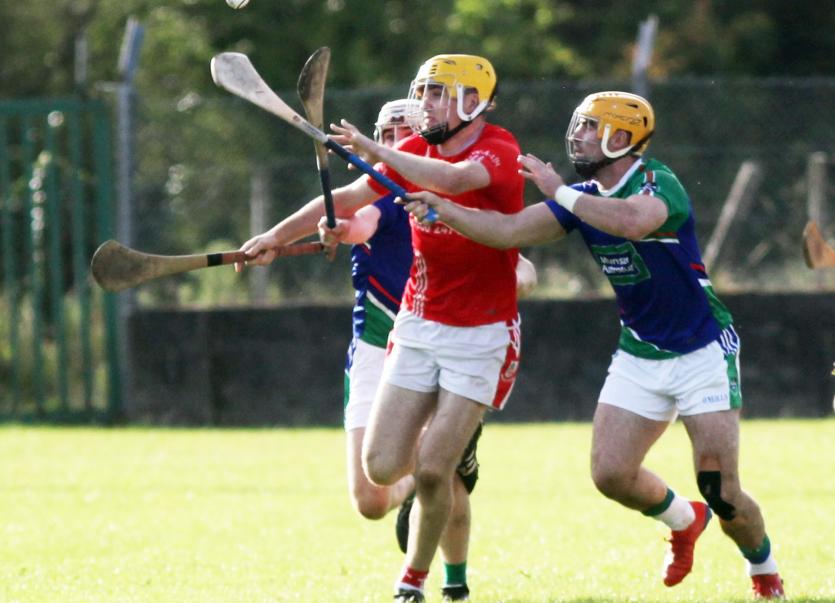 Lorcan Lyons in action against Darragh Kennedy of Murroe-Boher. The two make the team in midfield

The Limerick Leader was once more across all games in the Bon Secours Limerick Senior hurling championship last weekend and our intrepid reporters have collated their team of the week. Apologies for the lateness of this week's post, there were more arguments about the team make up this week, more than others......

With four rounds now played Patrickswell top the 'Super Six' with seven points, with Na Piarsaigh in hot pursuit. In the second tier, Monaleen are leading the charge on six points, with Ahane in second, also on six.

Round 5 takes place on the weekend of August 31 and September 1.