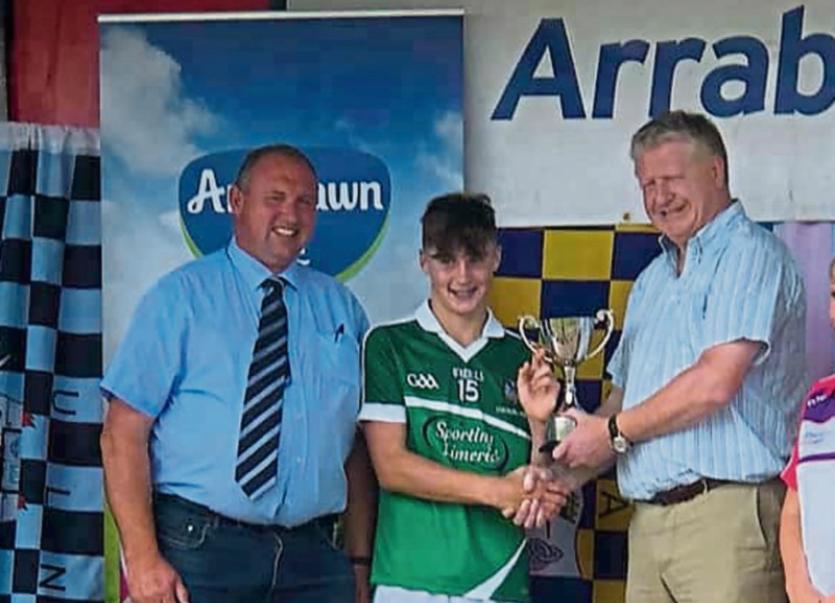 ALL inter-county underage hurling tournaments took place last weekend and there was no outright success for any teams from the Limerick Underage Hurling Academy.

Limerick did lift silverware in the shape of the U-15 Arrabawn Plate.

Although the midfielders and forwards recorded a very impressive scoring tally in this opening game, it was a hugely dominant display from the backs that laid the foundations for this victory over a brave and committed Offaly team. It was an all round team performance that earned this win.

A tremendous team display throughout and, particularly, an excellent last quarter, enabled Limerick claim the Arrabawn Plate after a great battle with Dublin. The back line were heroic in defence while midfield was incredibly energetic and productive. The half forward line worked tirelessly in the first half and this helped Limerick settle down after a slow start. A second half scoring flurry from our forwards, combined with a tremendous penalty save from exceptional goalie helped the Treaty home to a well deserved victory.

The Limerick U-15 B side played in the John Doyle Cup.

First up for Limerick was a semi final with Waterford, which the youngsters in green won 2-13 to 2-11.

Limerick battled back from the dead to secure a thrilling win over Waterford. Limerick were five points down with seven minutes left but superb scoring from the Limerick team to set up a final with Kilkenny

An excellent game of hurling in Golden ended in Kilkenny victorious by five points. Kilkenny were a small bit more consistent with their shooting. Limerick had a goal disallowed following an excellent run and time ran out on this brave side who gave their all.

The Limerick U-16 team last Saturday competed in the Eugene Carey tournament held at the Mallow GAA Complex in Cork.

In the group phase, Limerick had a closely fought game against Galway before Galway eventually edged out a gallant Limerick side by four points. This was a game where the lead changed hands throughout the game before Galway pulled clear in the final few minutes – 0-20 to 1-13.

Limerick then played a very good Laois side who had narrowly lost out to Galway in their previous game. Limerick put on their best performance of the day when beating Laois on a scoreline of 2-17 to 0-5.

Limerick then headed to a semi-final against Cork with a place in the final at stake. This was a very competitive  game between the two Munster sides with the teams locked together until just before half time when Cork scored a brace of goals. This was a lead which Limerick were unable to claw back in the shortened format of 15 minutes aside as Cork held out to qualify for the final.

This crop will backbone the Limerick minor U-17) team for next year's Munster minor hurling championship.

The U-14 A side played in the Tony Forristal in Waterford's St Saviours, while the county U-14 B side play in the Sonny Walsh Cup in