Limerick student is 'write' at home after winning gold award 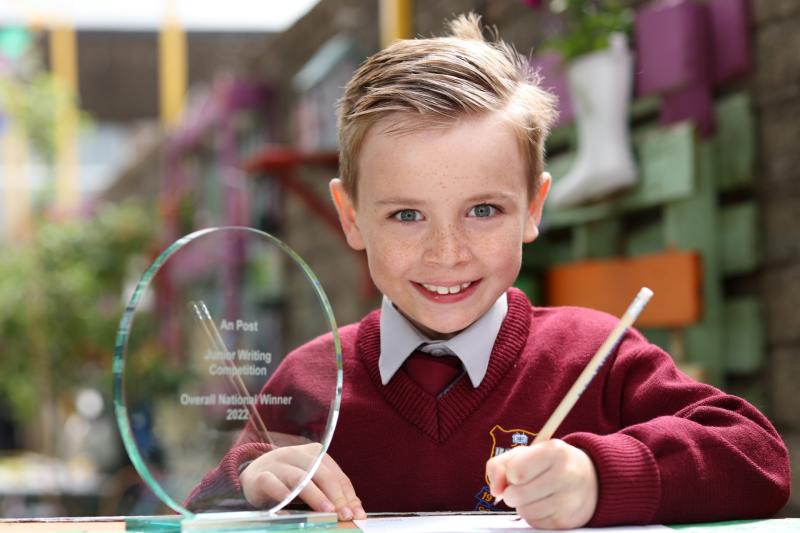 WHEN YOUNG Emma O'Flynn put pen to paper in a national writing competition, she probably did not expect it to bring a national award.

But that's exactly what's happened, as the student from Our Lady Queen of Peace National School at the Roxboro Road took gold in An Post's junior writing competition.

She was one of only four gold winners of the competition - beating more than 3,500 students nationwide - and thanks to her efforts, she received €100 for herself and her school.

Four silver winners received €50 for themselves and €100 for their schools.

Emma was joined in the winners' enclosure by Aidan O'Connell, the overall national winner from Carrigtwohill in Co Cork, alongside Austeja Aleksejunaite of Dublin, Tiarna McNamara from Meath and John Rizza who hails from Westmeath.

Junior pupils were asked to write a letter with their wishes for a better world, with the focus of this year's contest on sustainability and what junior pupils would like to see in the future.