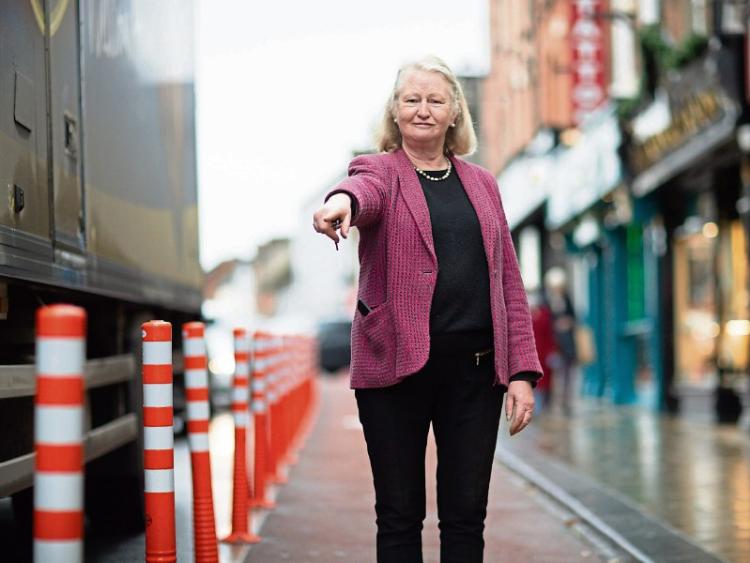 FLEXI-BOLLARDS placed in a narrow city centre street have been removed after an outcry by traders.

Limerick City and County Council had erected a number of the plastic dividers in Wickham Street to help further demark the cycle lane from the main road.

But business people in the area were left fuming after it meant that delivery vans – and indeed passing trade – were unable to stop directly outside their shops.

Eleanor Purcell, who runs Limerick’s oldest shop, M Cahill and Co in the street, said the measures would have been “detrimental” to her business.

”We are very grateful the council acted. They cut off access for deliveries to our shop. The delivery people could not come to our shop. Then there were other issues. But our main issue was to cut off our set down and pick up. I'm delighted to be honest,” she told the Limerick Leader.

The busineswoman also pointed out that Wickham Street is also an access for ambulances, which need as much space as they can  get.

She previously described the cycle lane in in the street as “a highway to nowhere”.

“You cannot have a shop if you cannot have deliveries. There was absolutely no discussion before these were put up. There are quite a lot of empty shops in Wickham Street, but the ones here, we need our deliveries. It is very serious,” she said.

Another businessman operating nearby, Gareth Cash of Crew Brew Co, asked the council via the social media outlet Twitter why this happened.

Recently installed bollards on a section of the cycle lane on Wickham Street were removed today, reverting back to just paint. Why is this happening? https://t.co/6c9UH5A7G0 pic.twitter.com/bxl7R8X4ij

Independent councillor Emmett O’Brien, who works in the city, said he had been approached by a number of traders who were upset at the bollards.

“I am shocked and dismayed the traders and rate payers approached me to ensure the specific promises they were given to allow loading and unloading and that no cycling bollards would go up would be honoured. I made the appropriate representations and it’s good to see common sense prevailed over ideology and online bullying,” he said.

A spokesperson for the council said: "Limerick City and County Council takes all representations from members of the public into account when making decisions. The decision to remove some of the recently installed wands on a section of Wickham Street was in response to Trader concerns regarding access to their premises. The council is actively exploring further solutions that will meet the needs of the traders and cyclists in this area."