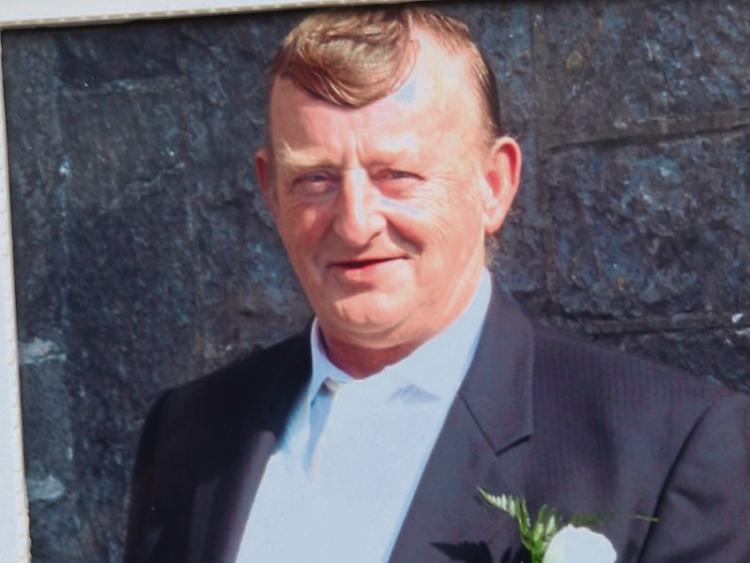 THE FAMILY of the late Seanie Ryan shared a moving story this Wednesday that epitomises the Caherconlish native’s kindness and love of wildlife.

Gardaí are treating the death of the 71-year-old, who was knocked down and killed at his home on Tuesday evening, as a tragic accident.

It is understood Mr Ryan was struck by a van being reversed by a son. The freak accident occurred outside the deceased’s home a short distance from Ballyneety village. It is believed Mr Ryan Snr was talking on a mobile phone at the time.

His shocked and distraught family told the Leader's Ballyneety local notes  correspondent Pat FitzGerald one of their favourite memories about Mr Ryan, who loved nature and wildlife.

“They said one time he found some abandoned fox cubs. He got a Cocker Spaniel to suckle them and he reared them. He even walked the fox cubs on the road and when they were strong enough he released them back into the wild. They said Seanie loved wildlife and reared all kinds of birds – ducks, geese and pheasants,” said Mr FitzGerald, who has known Mr Ryan for 20 years.

“He was a man you would never find in a bad mood – he was always in good humour. He was very proud of Caherconlish where he came from. I always found him to be a very affable and gregarious man,” said Mr FitzGerald.

One of eight siblings, Mr Ryan is originally from High Street in Caherconlish. He moved to Ballyneety after marrying his beloved wife Helen and they raised a family of six – Siobhan, John, Noel, Michael, Joseph and James.

He ran The Stroller pub in Ballyneety when his brother, prominent businessman Liam Ryan, owned it. It is understood that Seanie also worked for Liam in his successful company BMS Ireland. Mr Ryan also added to the happiest day of many couple’s lives when he transported them in horse and carriage on their wedding day. He was gifted with his hands and could turn his hand to anything.

Parish priest, Fr Tom Mangan said: “They're an extremely nice family and they're a very good, hard-working family too, and well thought of in the community. It's just a very sad and tragic situation, and to happen in the family home is very upsetting.”

Fr Mangan passed on his sympathies to the family, and everybody who knew Mr Ryan.

“They are in our thoughts and prayers,” said Fr Mangan.

Cllr Brigid Teefy was very upset when contacted by the Leader.

“I know Seanie a long, long time. It is so sad. What a tragedy. It is a massive shock in the local community and neighbouring parishes,” said Cllr Teefy. She said Mr Ryan was “always good humoured, pleasant and smiling”.

“Seanie was a lovely man and a big family man. They are a traditional country family, hard-working and highly respected. My deepest sympathies to his wife Helen, children, siblings and extended family. It is just so tragic,” said Cllr Teefy.

“All my life I would have known Seanie. I knew his father Jackie, who was a sub on the 1940 Limerick minor team that won the All-Ireland. We did the minor and senior double that year.

“Seanie hurled with Caherline in his younger days and then with South Liberties when he moved to Ballyneety. He was a forward with a lovely pair of hands,” said Mr Wade, who added that Mr Ryan loved wildlife and nature.

“When he married in to this parish he was helpful to everybody, he was a great parish man, he was a pure gentleman. When he ran the pub he kept old and young in good form. He was a great conversationalist and he knew how to fill a good porter. Poor old Seanie, it’s a tragic thing,” said Mr Wade.

While no funeral arrangements have been announced at this time, it is expected to take place this weekend.