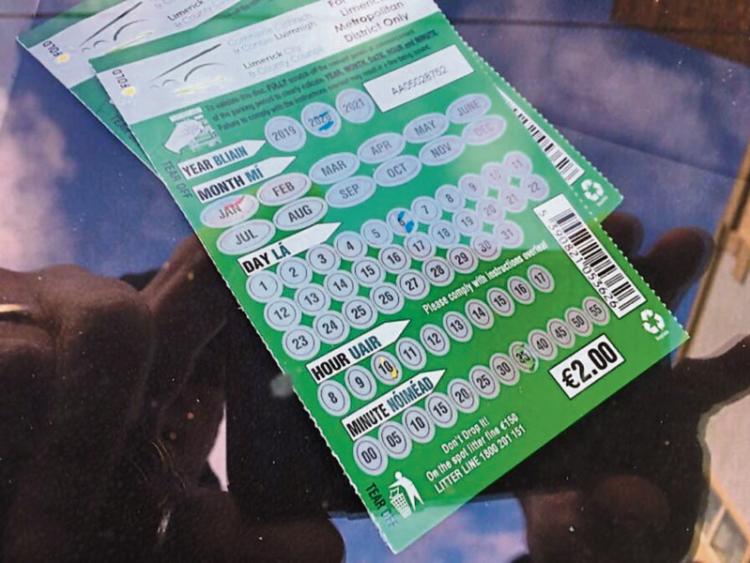 A LIMERICK businessman has claimed he received a parking ticket because his disc was “not scratched out enough.”

“I have been using parking discs for years and this never happened before. I have had loads of tickets and paid them, but this is ridiculous," said the motorist who has a shop in the city centre.

He said that he met the traffic warden the next day, who reluctantly confirmed that he was the official who gave him the ticket.

The warden said that the date, numbers and time had not been sufficiently scratched out.

"I asked him was he trying to suggest that I wanted to use it again, because I couldn't do that, but he would not reply, but said I could appeal," he added.

The businessman said that there was no way he could use it again. “This is a new low, I just can’t believe it. I have sent a letter of complaint with the disc to the council,” he added.

“Businesses in the city centre are struggling and when you are giving tickets out to people who go to the trouble of buying a parking disc, we have a real problem” he added.

He said that there seemed to be an issue with discs in recent months and they were much harder to scratch then previous discs.

A spokesperson for Limerick City and County Council said the council “changed suppliers of parking discs in mid-2019. Since then around 200,000 parking discs have been distributed across the city and to date there have been no complaints.

“On each of the discs, motorists are clearly advised ‘To validate this disc fully scratch off the relevant panels at commencement of the parking period to clearly indicate year, month, date, hour and minute. Failure to comply with the instructions may result in a fine being issued’. Traffic Wardens work subject to the traffic and parking bye-laws in the city. If a motorist has been fined, there is an appeals mechanism that can be used.”