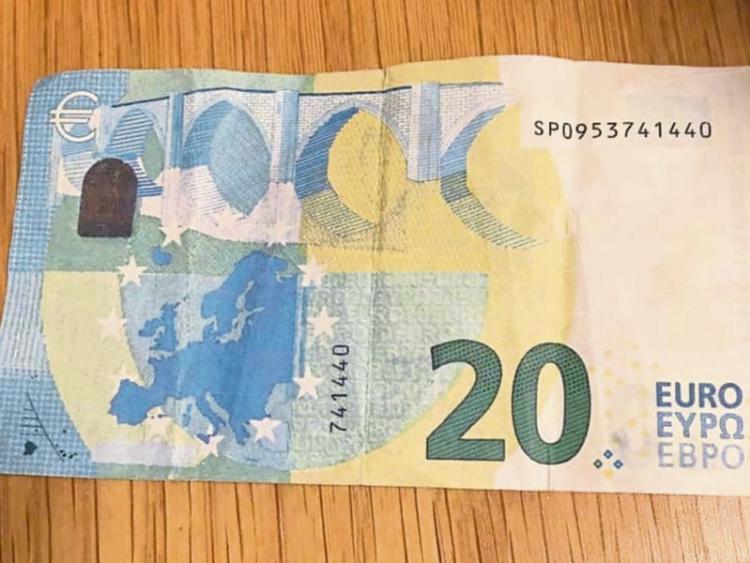 GARDAI are warning retailers and other businesses that several counterfeit notes have been seized at locations in the city in recent days.

There are reports that counterfeit €20 notes have been handed into shops, bars and fast food outlets around Limerick.

“There were two attempts made by young males to purchase an item of small value with a counterfeit €20 note but in both cases the shop assistant was quick enough to refuse to accept the note,” said crime prevention officer Sergeant Ber Leetch.

“So while some of these notes are now out of circulation, retailers must always be on the lookout for dud notes,” added Sgt Leetch.

Read also: Mayor among Limerick politicians that will not attend ceremony to commemorate the Royal Irish Constabulary