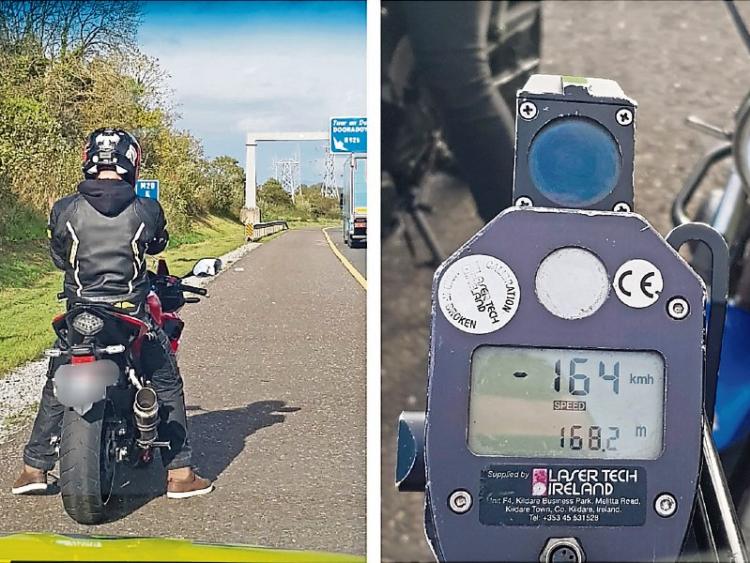 THREE learner-drivers who were caught speeding while riding motorbikes on a Limerick motorway are facing prosecution before the courts.

Members of the divisional Roads Policing Unit say they had “cause to catch up” with the motorcyclists after they encountered them on the M20 near Junction 2 (Dooradoyle).

According to a post on social media, all three were learner permit holders and all were detected travelling in excess of 160km/h – 40km/h above the limit.

In addition to receiving court summonses, all three were also issued with Fixed Charge Penalty Notices.