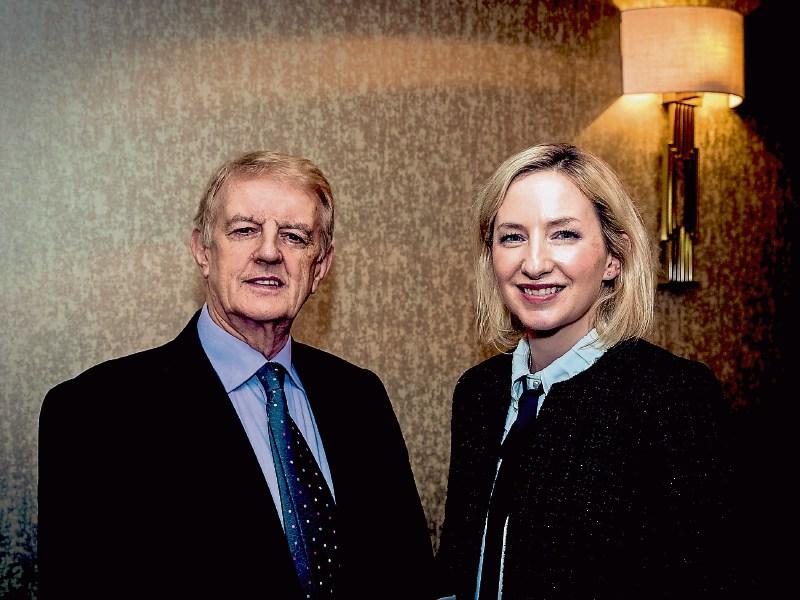 FINE Gael has held the last of its local election selection conventions in the metropolitan district.

Caherdavin woman Olivia O’Sullivan and former deputy mayor Denis McCarthy were selected by members of the northside ward branches at a convention this Monday in the Greenhills.

But one of the above could still be added to the ticket, with party headquarters debating whether to run two or three candidates.

Speaking after her selection, Ms O’Sullivan, a self-employed mother of two, said she is “absolutely delighted” to get the support of members of the party’s branches.

Delighted to say I’ve been selected at the @FineGael convention this evening for Limerick City North to contest the May local elections. This is a big step in a new direction for me & my family but one we are very excited about. Thanks to everyone for the support & encouragement.

“This is a big step in a new direction for me and my family, but one we are very excited about,” she said.

Olivia, who works as a marketing and communications consultant, is responsible for a huge number of activities in Limerick, including the Pigtown festival, the Limerick Chowder Cook-Off and Urban Food Festival.

Meanwhile, Mr McCarthy will be hoping it’s a case of third time lucky, having missed out on re-election back in 2014.

A former chairman of the Limerick-Clare Education and Training Board, he is a former full-time public servant, working for the Department of Agriculture.

He is Fine Gael’s equality and disability officer, and believes the greatest honour that can be bestowed is being picked by the people to represent them.

It’s all change north of the Shannon, with ​Cllr Michael Hourigan retiring, meaning Fine Gael go into the election without a sitting councillor.

There will be two other high profile absentees from the ballot paper – Independent councillor John Gilligan and Fianna Fail’s Vivienne Crowley.

Elsewhere in the city, Fine Gael is to run metropolitan mayor, Cllr Daniel Butler and Elenora Hogan in City West, with a third to be added.