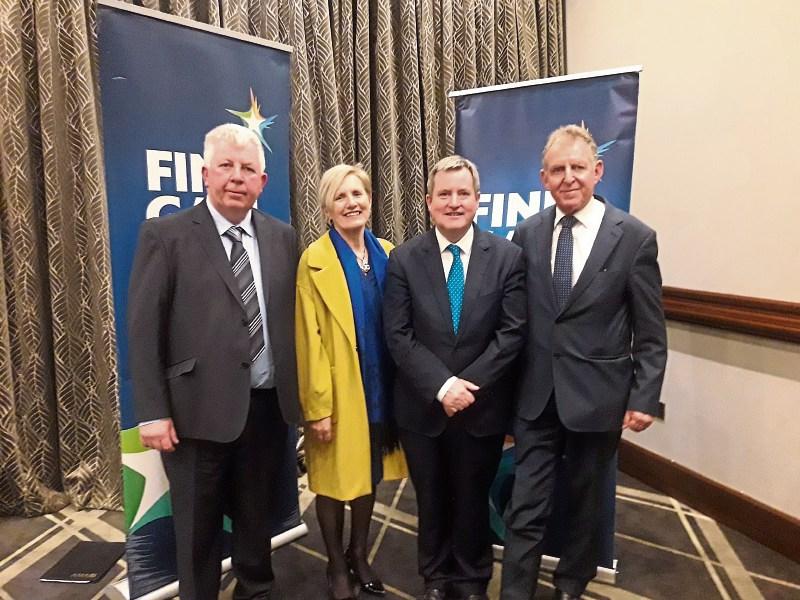 FOR the first time in decades, Fine Gael will run a candidate from the village of Castleconnell.

At a selection convention in Castletroy this Monday night, the party’s branches in the East selected Michael Murphy, a long time member of Fine Gael to contest the ward – which is down from eight seats to seven – in next May’s local election.

Meanwhile, it is a case of ‘as you were’ with sitting candidates Cllrs Michael Sheahan and Marian Hurley making up a three-person ticket for next May’s election. There were only three nominations, so no contest was required after former councillor Leo Walsh dropped out, and signalled his intention to stand in the Adare/Rathkeale area.

Former An Post worker Mr Murphy, who lives in Gouig, the last townland before the Tipperary border, works for the Rehab care group looking after young adults with special needs.

He is the chairman of the newly reconstituted Castleconnell/Montpelier Fine Gael branch.

.@FineGael in #Limerick has unveiled its local election team for City East at the @CastletroyPark tonight. Cllrs Michael Sheahan, @MarianHurley6 and Castleconnell's @michael92378999 have signed party pledge and will go before the public next May. #le19 @Limerick_Leader pic.twitter.com/SoJp1LTP1I

“Politically I have always voted Fine Gael and was greatly influenced by the willingness of Fine Gael to tackle the larger social issues of the day when in government. I admire the prudence of their approach to the national finances, the strong support for the farming community and of course their commitment to having a modern Ireland as a member of the European Union,” he said.

Cllr Hurley, who was first elected in 2014, said: “It has been a privilege to have served as a full time councillor in the newly merged City and County Council since 2014. I was honoured to have followed in the footsteps of my predecessor Mary Jackman who has always been held in such high esteem in this constituency and beyond. Mary has been very supportive to me since taking up office.”

Finally, Cllr Sheahan will be running in his third election, having secured a seat in both 2009 and 2014.

Senator Kieran O’Donnell was the only Oireachtas member present at the convention.

In his speech, he reiterated his desire that Limerick should aspire to become the second city in Ireland within the next 25 years.

This is fuelled by the fact the city is enjoying improving road access, is just 30 minutes from Shannon Airport, and we have the second deepest sea port in Europe on our doorstep.

Sympathies were also expressed to constituency vice-chair Sarah-Lee Kiely, Janesboro, and her family on the death of her husband Damien O’Shaughnessy, aged just 45, last week.

Fine Gael will hold its conventions for City West next week, and City North early next month.