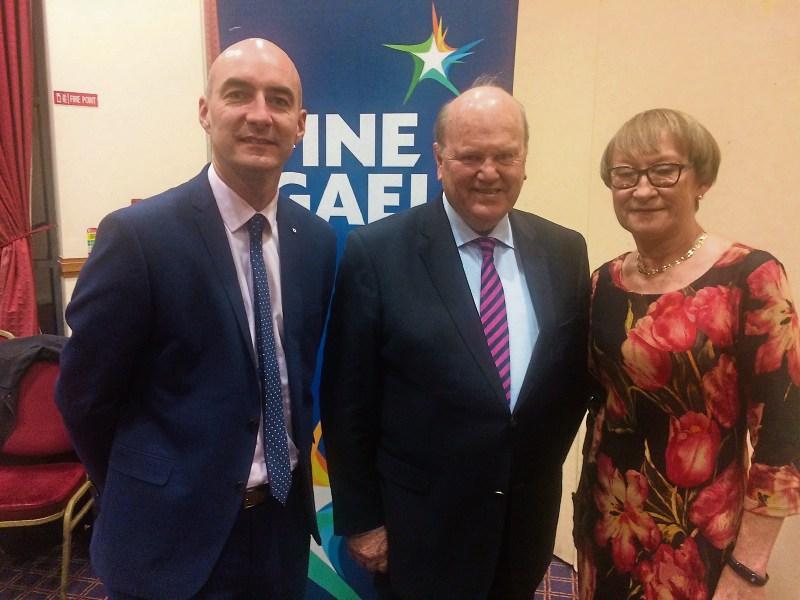 FINE Gael has picked its two sitting councillors to contest the City West ward at next summer’s election.

A third candidate to be added by party headquarters in the coming weeks, based on geographical vote projections. Members of the party met on Friday night at the South Court Hotel, where metropolitan mayor Daniel Butler and Elenora Hogan beat off challenges from Patrickswell duo Fergus Kilcoyne and Daniel McSweeney, 20.

One of the latter pair will hope to get the nod from headquarters to represent Fine Gael when Limerick goes to the polls on May 24.

Cllr Butler received the backing of the Raheen branch, and was formally proposed by former Finance Minister Michael Noonan.

Addressing the convention, the metropolitan mayor said: “I am really excited about contesting the next election, and looking forward to building on the last five years, continuing the work I am doing and delivering on the broader vision I have to make our city a bigger and better place.”

Congratulations to @DanielButlerFG and @ElenoraHogan , both selected tonight for #LE19 in #Limerick City West! pic.twitter.com/FcbxQXHoVE

A drugs education worker by profession, Cllr Butler was co-opted onto the old County Council following the sad death of his father Richard in 2013.

He retained his seat the following summer.

Meanwhile, Cllr Elenora Hogan was co-opted in place of Maria Byrne, when she was elevated to the Seanad.

After being nominated by the James Reidy branch and proposed by Christy Linehan, the South Circular Road businesswoman said: “I love Limerick. Over the years through my work with Shannon Development, Treaty 300, Limerick Summer Festival and the Limerick Civic Trust I have always sought to promote and develop the social, cultural and heritage side of the city. I have relished the opportunity you have given me for the last two years and I want to continue my work for the next five years.”

Cllr Hogan pledged to push for apartments and duplexes for a “living centre”.

“The challenge for the council is to ensure we work with existing strong local communities to develop suitable community and recreational facilities for our growing population,” she added.