‘Her beauty and energy filled every room’: West Limerick teacher is laid to rest 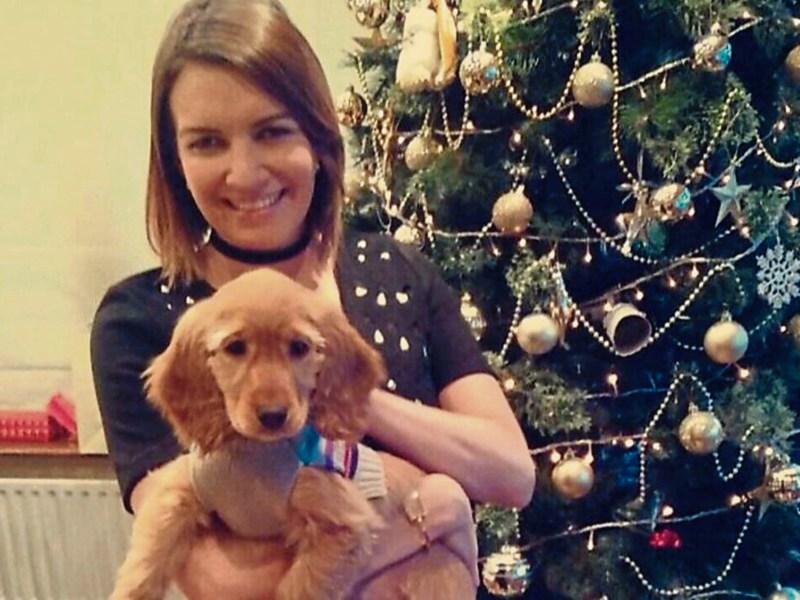 FOR one, hushed second, the congregation held its breath before every man, woman and child in the packed County Limerick church spontaneously rose to their feet, applauding the fortitude of the man who was bearing the unbearable and saying farewell to his young wife in the presence of their two young sons.

Earlier, the congregation had another intake of breath as Pat Fitzgerald took his place at the lectern. For one, long moment, he leaned on it for strength and then spoke from the heart about his beloved Miriam Joy Fitzgerald, the West Limerick teacher who sadly lost her battle with illness earlier this week.

Only four years ago this very month, Pat told the congregation this Thursday at the Church of the Assumption, Abbeyfeale, he had stood and spoken about Miriam at a very different event: the happy day of their wedding.

“We were only getting used to married life,” he said.

When Miriam’s diagnosis came, they were devastated, he said.

“But Miriam rallied, she got on with things. She adapted. She upped her game.”

And somehow, even during the long months of treatment, they sometimes managed to forget the awfulness.

Miriam never lost hope, her husband said. She stayed positive, in the face of so many losses. She lost her social life, she was unable to continue working, she lost her hair, her ability to walk and to catch her breath.

But: “To the end she never lost hope.”

Last August, Miriam’s story went viral when a GoFundMe account broke all expectations as thousands of people contributed, topping the €226,000 mark within 11 days.

At that stage, Miriam, who was diagnosed with cancer in 2017, had already undergone surgery as well as chemotherapy.

But the money raised so generously and rapidly was the lifeline Miriam and her family needed, allowing her to undertake the immunotherapy that doctors indicated was her best hope.

On Monday, in the care of Dr Sheehan and her team at the Palliative Care Unit of University Hospital Kerry, that hope was finally quenched, tragically ending the life of this vibrant, caring and beautiful young woman.

Miriam was the daughter of Jim and Bridget Joy and grew up in Abbeyfeale. She trained as a national teacher at Mary Immaculate Training College in Limerick where she met her husband to be, Pat Fitzgerald.

Miriam had been teaching in Dromtrasna NS for many years but had made her new home with Pat in Castleisland where they were rearing their two sons, Noah and Joshua.

At her death, she wore a bracelet, engraved with the words: Strength, hope, courage.Those words, Pat said, encapsulated Miriam.

They were words that were repeated again and again in a ceremony that was beautifully choreographed in homage to a beautiful, generous, big-hearted and passionate young woman.

With grace and simple dignity, Miriam was remembered in the gifts brought to the altar: her Bible, a pencil symbolising her creativity; her wedding head dress because of her love of style; a school book representing her passion for teaching, a shell signifying her love of the sea.

But in a heart-stopping moment, Miriam’s two sons, Noah and Joshua, accompanied by their god-parents brought up “Presents for Mom”: her favourite perfume and a bright-coloured M in Lego bricks.

And Miriam’s presence was felt most deeply in those sublime moments throughout the Mass as Miriam’s colleagues and friends and the children of Dromtrasna NS honoured her in song.

Her life was reflected too in the happy pictures of the Mass booklet, a celebration of a life that was, so unfairly, cut short as her sister Raechel said.

Raechel quietly and eloquently described the young woman of distinction whom they loved so dearly.

“Her beauty and energy filled every room,” she said of her sister who was bubbly, enthusiastic, passionate, a woman with zest for life, a party girl who was always the last to leave. Miriam adored her sense of family, Raechel said, and her work.

And she adored her own, small family, the “three men” who were the centre of her world.

Miriam, Raechel went on, had spoken often in her last weeks of her husband Pat’s strength, his care for her and for their children, his understanding, and his honouring of the vows they had exchanged.

Earlier in the concelebrated Mass, Canon Tony Mullins had reminded people of the many good memories they had of Miriam.

“All these memories are precious now and will inspire us,” he said. These memories could never be taken away. And he spoke too of Miriam’s own journey of encounter where she had discovered courage, peace and acceptance.

“Her faith has shone a light on the darkness of our grief,” he said.

“Miriam will help all of us to have the courage to begin again.”