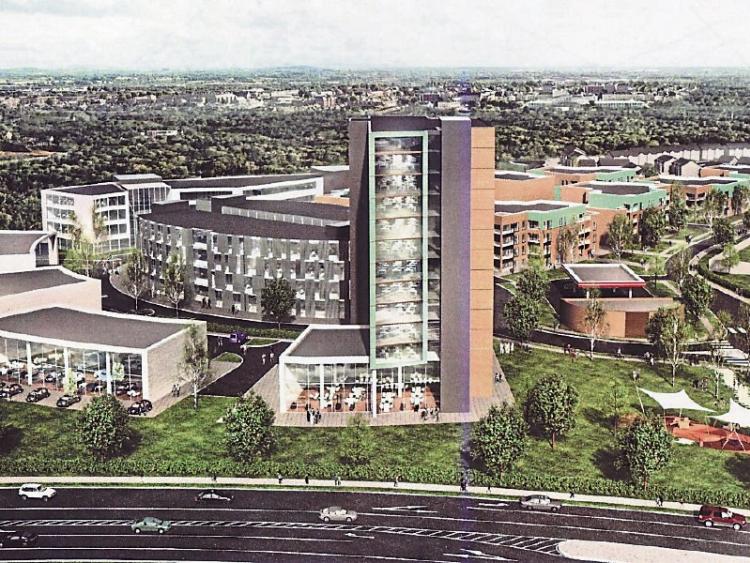 On the Horizone: Singaporean investment vehicle Novelty is seeking to develop the long-derelict lands

THE multi-million euro redevelopment of the Horizon Mall site in Limerick has received a huge boost from councillors.

As exclusively revealed by the Limerick Leader, Singaporean investment vehicle Novelty is seeking to turn the long-derelict lands into a development containing two hotels, a car showroom, and, crucially 191 apartments.

However, the plans were in doubt after a stipulation in the Castletroy local area plan, which suggested only 15% of the Horizon Mall site could be used for houses.

This move would have seen the number of proposed units cut to potentially under 100.

But in a move described as a “historic day for Limerick”, members have moved to allow almost 50% of the massive site to be used for housing – something the developers themselves had sought in private meetings with councillors a fortnight ago.

Fine Gael councillor Michael Sheahan, who proposed the amendment to the plan, said the site’s redevelopment is “necessary as a response to meeting housing need in the current climate of housing shortage.”

Mayor James Collins added: “If we didn’t amend the plan today, the site would have stood idle for years and years to come. We all want to see something happen there.”

It’s now expected a full formal application to redevelop the land – once earmarked for a massive shopping centre, cinema and ice rink – will come forward in the New Year.

A number of other amendments to the plan were proposed.

In relation to the former Parkway Valley site Cllr Cian Prendiville, Solidarity and Cllr Elena Secas, Labour proposed community facilities be put on site including childcare facilities, a playground and leisure facilities. The plan to lift the 15% cap on housing will now go on public display for a month to allow members of the public to have their say.

All eyes will be focused on whether government will react, as Limerick City and County Council was, in effect reacting to government policy to restrict the number of houses on site.

However, senior executive planner Maria Woods suggested that government may look kindly on the lifting of the cap, saying it’s “an example of a development within an infill site on brownfield land”.

It’s likely to be November’s metropolitan meeting when the Parkway Valley plans are waved through by members of the local authority. All members voted for the changes, apart from Sinn Fein’s three councillors.