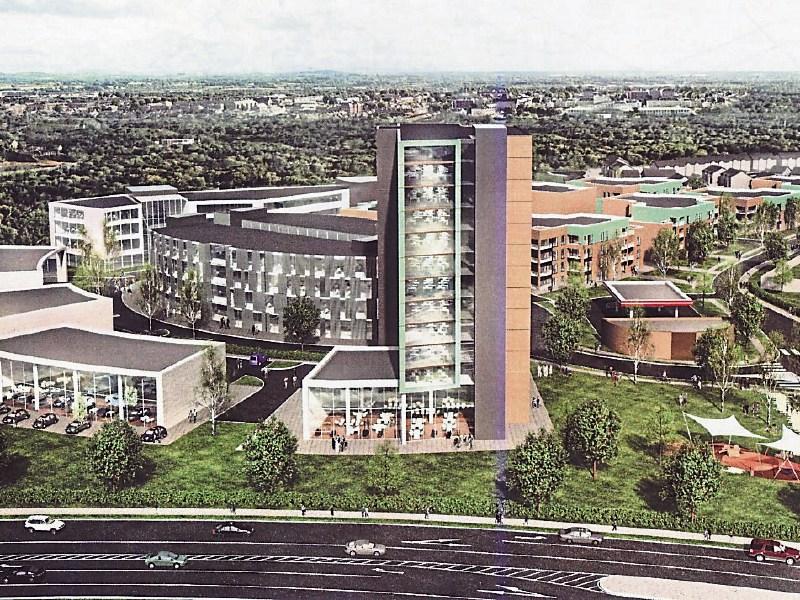 TWO hotels, including a 300-bedroom budget inn, a car showroom, offices and almost 200 apartments are part of transformational plans for a new Limerick project.

The Limerick Leader can reveal the first architectural impressions for a proposed €90m redevelopment of the derelict Horizon Mall site at Dublin Road.

Developers say the proposals will create 150 permanent jobs, and hundreds more during construction.

Singaporean investment group Novelty Icav is planning to transform the site, left unfinished for the last decade, by effectively building a new neighbourhood on the vast lands.

It hopes to begin the planning process before the end of this year – and it’s understood that much of the concrete structure there presently will be retained and built around, avoiding the need for demolition.

Senator Maria Byrne has hailed the development plan for the area as being “great news”, adding: “It will open up more trade, investment and tourism opportunities for Castletroy and the greater Limerick region”.

She urged the site’s new owners to arrange meetings with local residents as soon as possible.

According to the masterplan, presented to councillors, a four-storey hotel will be joined by an 11-storey apart-hotel, providing 120 rooms. There will be six apartment blocks delivering 191 units in a mix of three-and-four storey height.

Four-storeys of office space will be built, while there will be three industrial zones – one of which is earmarked for a car showroom – as well as a petrol station.

However, in order to develop the residential units in their entirety, there is a need to lift the cap of 15% homes allowed in all developments in Castletroy. Councillors are being asked to push for this.

There has been a huge welcome for the plans from members across Castletroy and its surrounding areas.

Fine Gael councillor Marian Hurley said: “I was very impressed with the presentation. There were senior people in real estate, they have worked on big projects in the city already, including the Crescent Shopping Centre, the council offices and Riverpoint, so they have a great record.”

She said she hopes the accommodation is not reserved for students, saying they would be ideal for people on short-term contracts working in the National Technology Park.

But her party colleague, metropolitan mayor Daniel Butler went the opposite way, calling for student accommodation, and more residential in the city centre.

Between now and the delivery of the project, Cllr Hurley urged Novelty Icav to erect covering on site to stop the unfinished site being visible as a welcome to the city.

Solidarity councillor Paul Keller, who lives just behind the site in Castletroy View said: “We have had so many false dawns, but this is the first time we have seen plans on paper. It will make so many people around here so happy. The eyesore will be gone, we will have something decent, state-of-the-art to look at.”

He also welcomed the fact that unlike in previous plans for that site, there is no large-scale retail proposed. 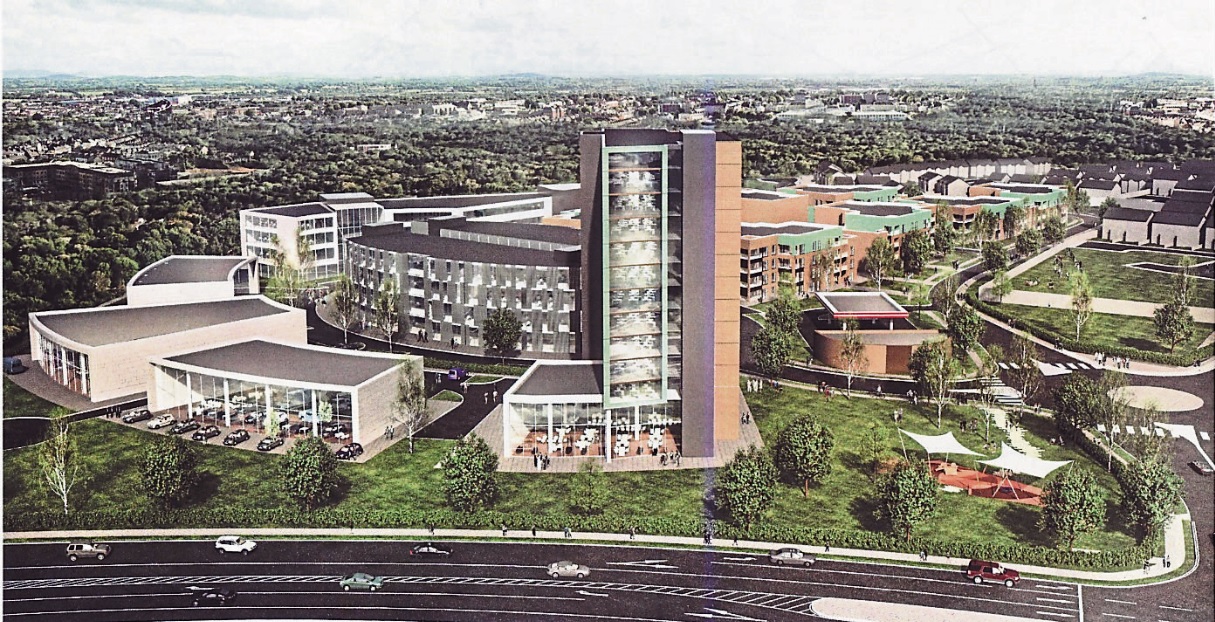 Cllr Elena Secas, Labour, said from surveys she carried out in 2016, there is overwhelming support for a mixed-use development.

“We need to ensure the site is sustainable into the future,” she said, “Everybody has been complaining of this site for the last I don’t know how many years.”

Sinn Fein councillor Séighin Ó Ceallaigh added: “People have had enough of looking at that eyesore. Whatever is going in there is better than what’s there at the moment.”