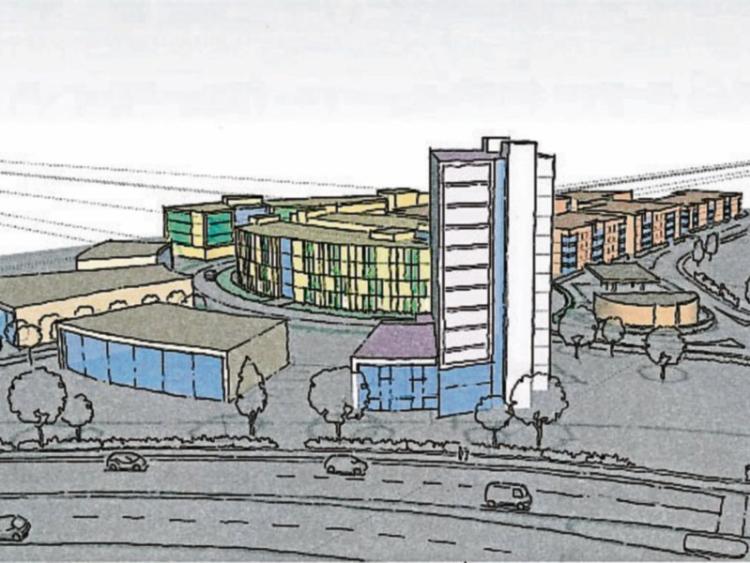 AFTER more than a decade, it looks like the end of the saga surrounding the Horizon Mall/Parkway Valley site at the Dublin Road is finally near.

The Limerick Leader can this week exclusively reveal that a new multi-million euro development plan is being put together for the long-derelict site. The plan was unveiled to council members this Thursday night.

Hundreds of jobs could be created as a result of the plan, by the new owners of the land, investment fund Novelty ICAV which acquired the site from Capital Assets.

This week, theywrote to local councillors to invite them to a presentation of their plans for the land, which in the boom was once earmarked for a massive shopping centre, ice-rink and cinema.

It’s understood pre-planning meetings have taken place between council bosses, and the new site owners, with the local authority receptive to the proposals.

Now, a planning application is likely for a mixed-u​se development, containing office space, houses and limited retail to support the development – coffee shops, and a small general store.

The move has been welcomed by local councillors Daniel Butler and Paul Keller, who lives behind the site in the Castletroy View estate.

“It has been a scar on the landscape of Limerick, so I’d welcome this development. It has been done in support of the city and the county development plan, and the residents living in its sightline,” said metropolitan mayor Butler, “We need it to be viable. What we don’t want is a building which is empty as that can be an issue.”

Cllr Keller, who has lived behind the derelict site for over a decade, said: “It looks very futuristic. We don’t want another retail outlet. We have plenty of those already, and many are closing down.

“I think people are looking at his as a positive. It’s been a continuous eyesore. Their plan is one for the future: housing, apartments, we definitely need them.”

The Parkway Valley site has had a storied history. In 2013, its former owner, the Belfast-based developer Suneil Sharma, unveiled plans for a massive shopping centre, named the Horizon Mall.

At its heart would have been Limerick’s first branch of Marks and Spencer. While these proposals were accepted by council planners, upon legal advice, the plans never progressed.

This could be in part due to the fact that Mr Sharma was only given a limited period of time to complete the proposal.

Prior to that, a much bigger development was granted planning permission by the former County Council, before plans were put in place prioritising city centre retail.

Since the 2013 proposal was considered as an extension of permission, the council felt it had no choice but to approve it.

Davy Real Estate, acting on behalf of Novelty, did not respond to a request for comment.