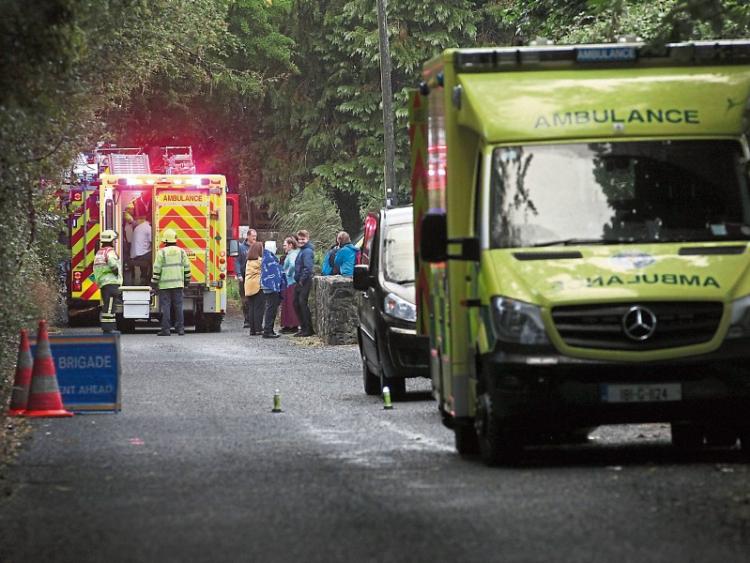 Emergency services at the scene of the collision | Picture: Dave Gaynor

THE principal of St Mary’s Secondary School, Newport, said the seven students involved in this Thursday’s bus crash are in “good spirits”.

Kevin Cusack went to University Hospital Limerick after he and the guidance counsellor attended the scene at Ardvarna, Lisnagry.

“They are being extremely well cared for. They are in good spirits,” said Mr Cusack, who is from Murroe.

The seven boys and girls are from the Ahane area. They range in age from junior to senior classes.

The mini-bus was near the beginning of its journey when it was involved in an accident with a car containing two passengers. 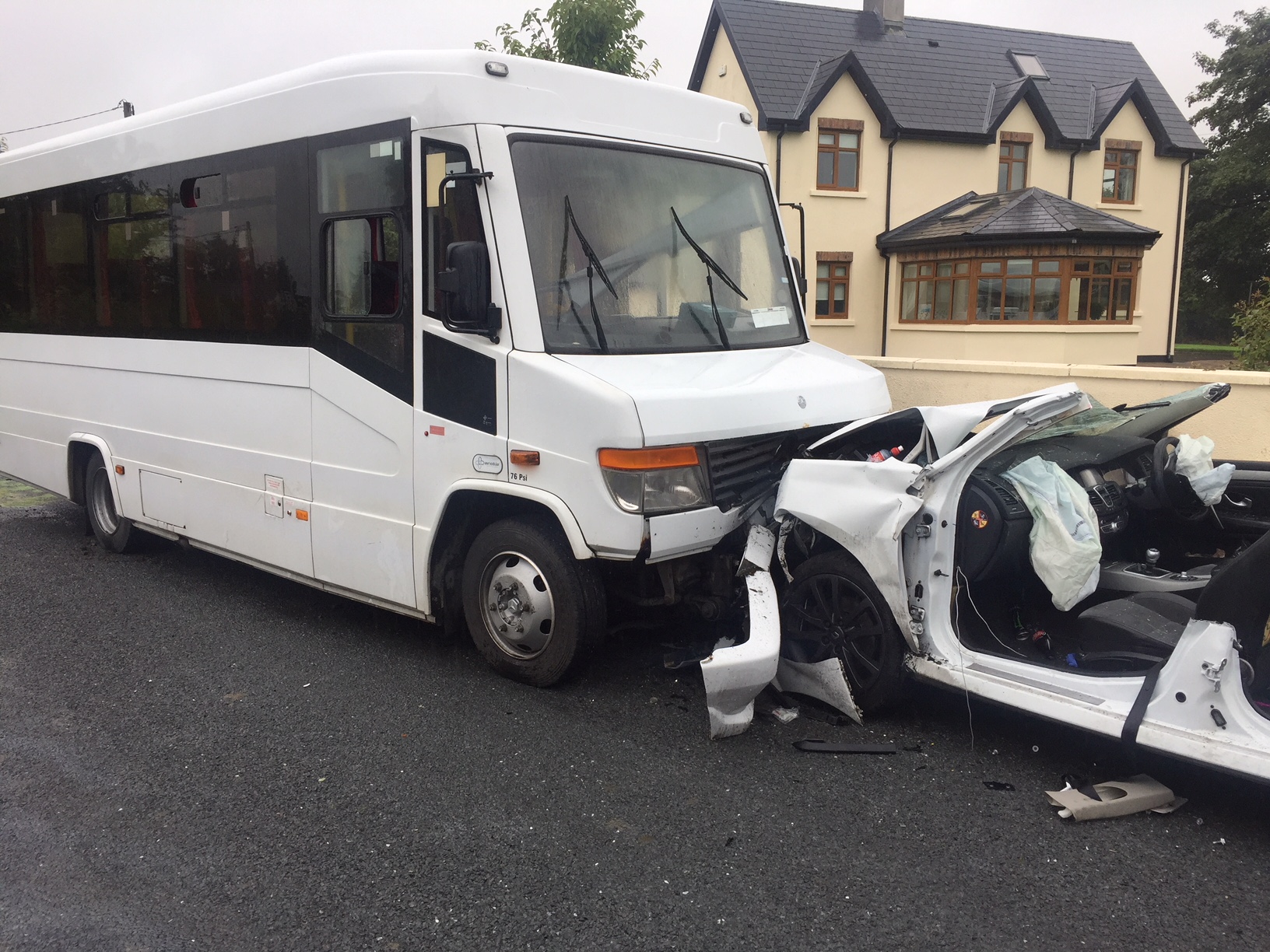 Mr Cusack commended his students for looking after each other.

“They stepped up to the mark and they offered support to their fellow students on the bus following the accident. The older ones looked after the younger ones,” said Mr Cusack, who also met with the bus driver at the scene and at the hospital.

“There were very, very good reports about the way he handled the situation immediately following the crash. The students were talking very highly of him and they praised him,” said Mr Cusack.

A spokesperson for University Hospital Limerick said: “No patients have been admitted at this time, all are still under review and injuries are not thought to be serious at this point.”

The seven students, bus driver and the two occupants of the car attended the hospital.

Mr Cusack offered his best wishes to the passengers of the vehicle involved in the collision.

“We wish them a speedy recovery,” said Mr Cusack, who also praised the fire service, ambulance personnel, gardai for their “prompt and professional care” and his staff for their response to the frightening incident.

Gardai at Castleconnell are investigating the cause of the collision.