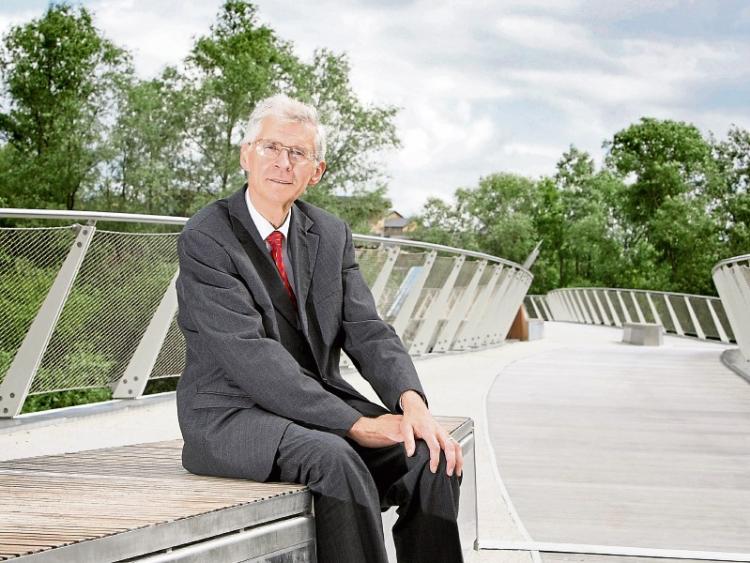 THE funeral has taken place of University of Limerick President Emeritus John O’Connor who died at University Hospital Limerick at the weekend following a short ilness.

Mr O’Connor played a critical role in the foundation and development of UL through a lifelong service to the university.

He joined the then National Institute of Higher Education as Finance Officer in 1972 - the year that UL was formally established.

In 1980 he was appointed Director of Finance and Physical Development and subsequently, in 1998, he became Vice President Administration.

Mr O’Connor, who retired from UL in 2012, took up the role of Acting President of University of Limerick between April 2006 and May 2007 following the resignation, on medical grounds, of the then president Professor Roger Downer.

“He leaves a legacy behind him at University of Limerick. He saw no bounds to the potential of the university and his vision and drive helped to establish one of the finest university campuses in Europe at UL,”  said Dr Des Fitzgerald, UL President.

Tadhg Kearney, chairperson of Plassey Campus Centre Ltd and a former member of the UL Governing Authority says John O’Connor was a “remarkable figure of national importance” in the evolution of the modern University sector in Ireland.

“His vision and driving zeal in the development of the campus at UL into one of the finest university campuses in Europe is made all the more significant by the innovative approaches he pioneered in the design and funding model that became standard practice for the third level sector in Ireland,” he said.

Mr O’Connor was a Chartered Accountant and worked in Cement Roadstone Holding Ltd and Price Waterhouse Cooper prior to joining UL in 1972.

Originally from Boherbue in North Cork, he had lived in Castletroy for much of his life.

His Funeral Mass took place at Our Lady Help of Christians Church, Milford on Tuesday morning with burial afterwards at Kilmurry Cemetery.