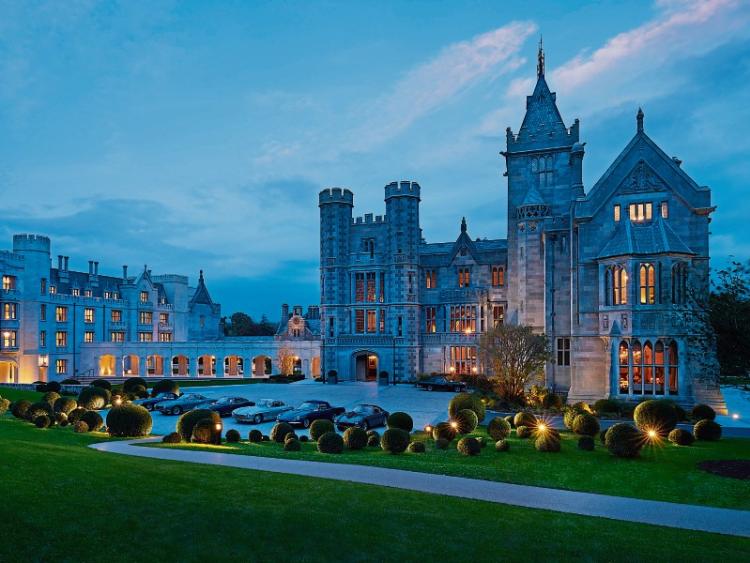 ADARE Manor has been nominated for an international ‘Hotel of the Year’ award — one of a series of categories in the ‘Oscars’ of the luxury hotel business.

The five-star resort was announced as one of the nominees for the Virtuoso ‘Best of the Best Awards 2018’ this Monday, just six months after it reopened following refurbishment.

Virtuoso is a network of the best luxury travel agencies, with more than 17,500 advisors worldwide. Voting by Virtuoso agents for the overall Winner starts this Monday and closes on June 12.

Paul Heery, General Manager at Adare Manor said: “We are delighted to be nominated in the Virtuoso ‘Best of the Best Awards’ this year for ‘Hotel of the Year’. It has been a very exciting few months since our reopening last November, and to now be nominated is a huge honour.

“We have received huge support both locally and internationally over the past few months, and this nomination is a great testament to our world-class team, offering a personalised service, ensuring guests enjoy every minute they spend at Adare Manor. The luxury surroundings and fine dining at the resort makes a visit to us a truly memorable home from home experience,” added Mr Heery.

Virtuoso Hotels and Resorts and Virtuoso Life magazine announced the shortlist of entries this Monday for their 12th Annual Best of the Best Awards.

These highly competitive awards include distinct categories that honour and recognise Virtuoso Hotels and Resorts’ Preferred Partners from all over the world.

Among these distinct categories is the ‘Hotel of the Year’ of which Adare Manor has been nominated. Award winners will be announced at the Virtuoso Travel Week in Las Vegas on August 15, 2018.

A “splendid new ballroom” with a capacity for 350 guests has been added, catering for weddings, events and conferences.

The Spa at Adare Manor is Ireland and the UK’s first and only La Mer Spa, making it one of the eleven La Mer spas worldwide.

Last month, Adare Manor reopened its newly rebuilt, redesigned and remodelled golf course, which was led by world-renowned golf course architect Tom Fazio. It’s now regarded among the top golfing destinations in Europe, and is hotly tipped to host the Ryder Cup in 2026.

The course launch was followed by the opening of the stylishly relaxed dining experience at The Carriage House Restaurant, Terrace and Bar, which opened earlier this month.