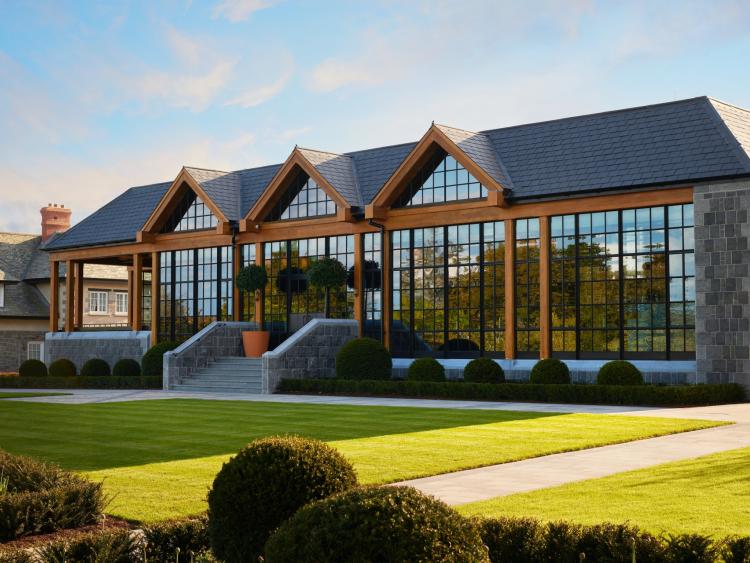 The new glazed terrace at the Carriage House

A NEW restaurant on the grounds of Adare Manor, which had to be rebuilt after a serious fire during the resort’s refurbishment, has now opened for business.

The Carriage House Restaurant, Terrace and Bar, which was formerly known as the clubhouse, is an important part of the golfing experience at Adare Manor.

A working replica of the 1886 Benz Patent-Motorwagen forms the centrepiece at the grand entrance, a piece which is already attracting great interest, according to Adare Manor general manager, Paul Heery. 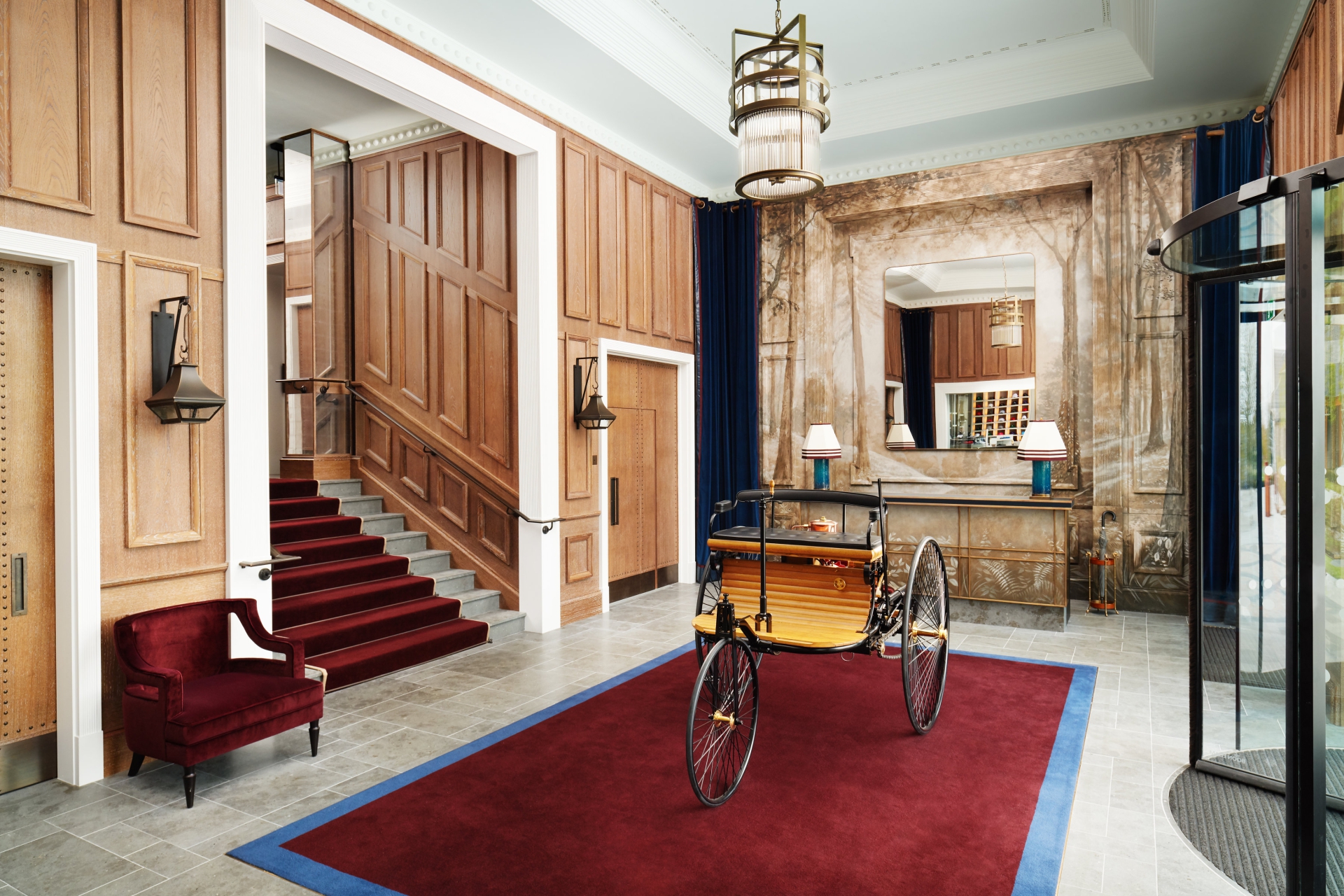 “Our great team at Adare Manor have enjoyed putting the finishing touches to this wonderful addition to the resort. Every detail has been chosen to compliment and celebrate the great natural beauty and views of the surrounding landscape of the Adare Manor estate and newly reopened golf course. We want all our guests to enjoy a comfortable, relaxing, yet luxurious dining experience, with the very best of Irish produce,” said Mr Heery.

“Since we re-opened Adare Manor late last year, we have received huge local support, and we have welcomed guests from Adare, throughout Ireland and internationally. With the opening of The Carriage House, we look forward to now offering a new guest experience.” 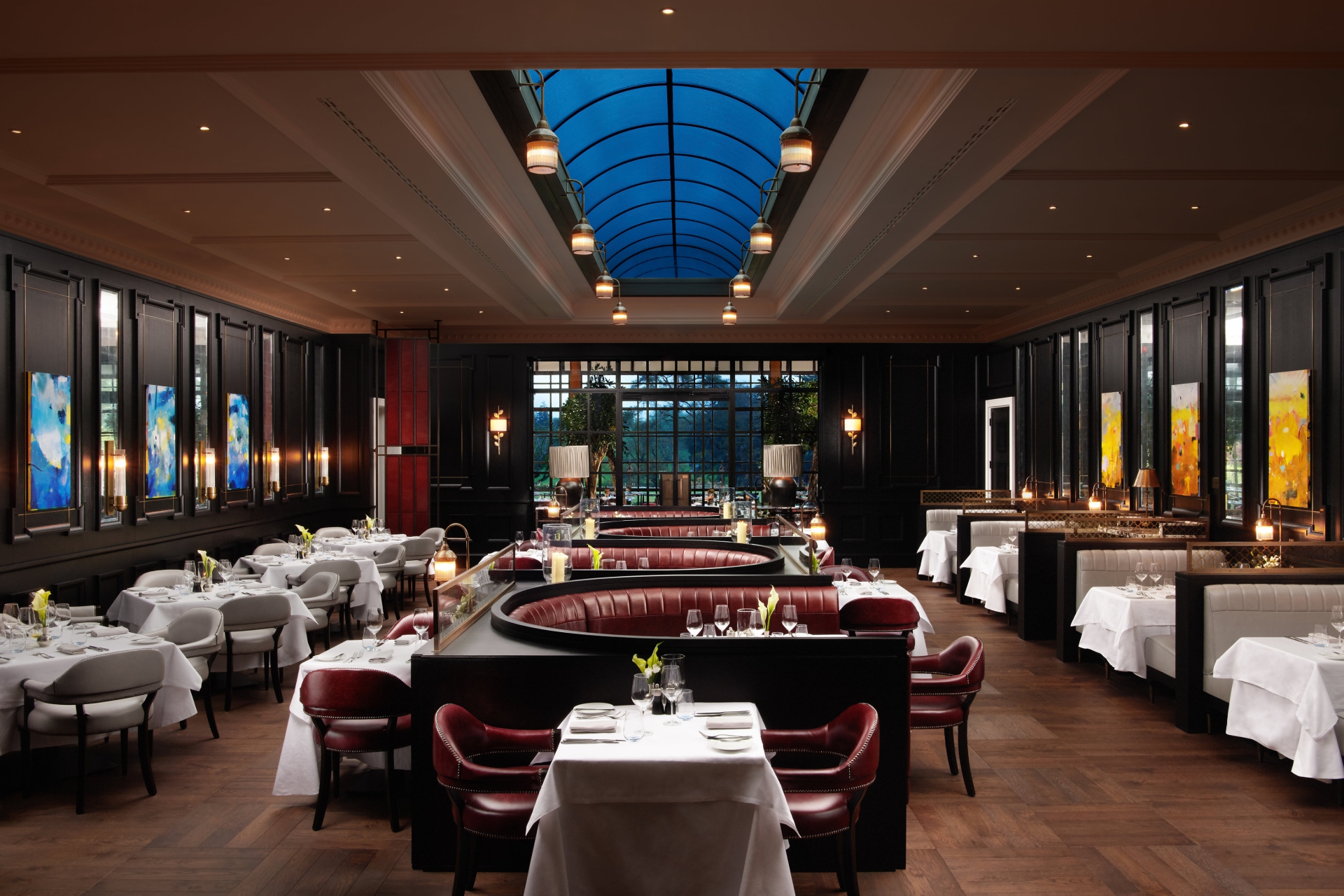 Extensive damage was caused to the building last August after a serious fire, in which ten units of the fire service were called to attend the scene.

Much of the work that had been carried out had to be redone, and the incident caused a setback to the original opening date for the Carriage House. 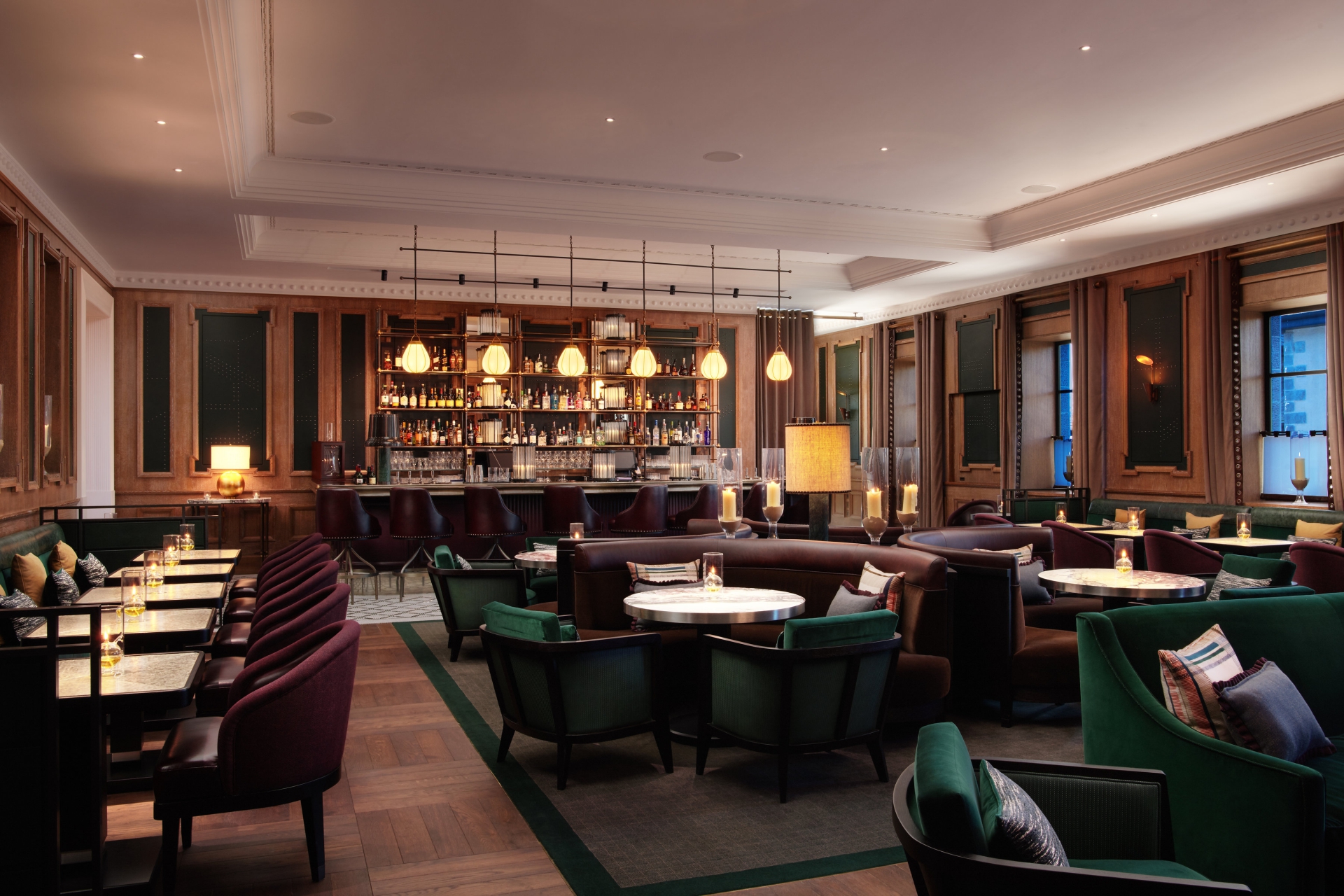 The new area boasts a more relaxed atmosphere than the more formal manor house, while still retaining a stylish, classy design – and like the rest of the manor, there is no shortage of luxury.

The building comprises a cocktail bar and lounge, a ‘glazed terrace’, a ‘cigar lounge’ and a ‘private dining chamber’, while the menu features the likes of Connemara lamb and Atlantic lobster, as well as prime cuts of beef grilled using ‘sustainably sourced charcoal’.

The architectural highlight of the restaurant is its central skylight and delicate seeded glass panels, that allow natural light to flood the room.

The bar is what the management calls “the social heart of the hotel”. The room is full of rich leathers, dark-stained oak and an impressive Breccia Capraia marble fireplace. 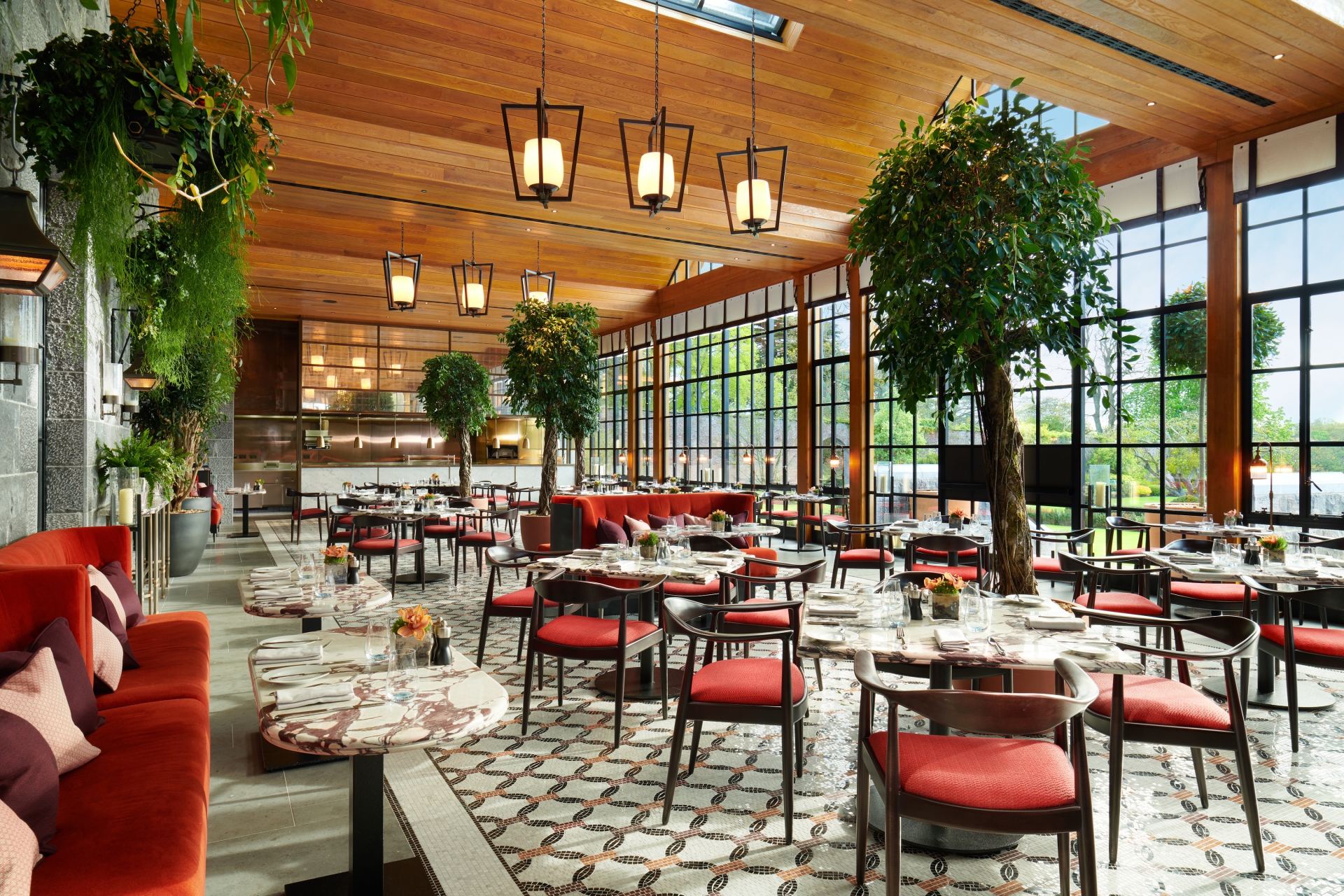 The glass terrace, which is supposed to be a transition between indoors and out, is a breakfast and lunch spot, and offers a vista over the putting green of the golf course. An open-show kitchen allows guests to watch their food being prepared. A cigar lounge has been included for “those yearning to pair their smoke with a rare Irish whiskey”, according to the promotional material. 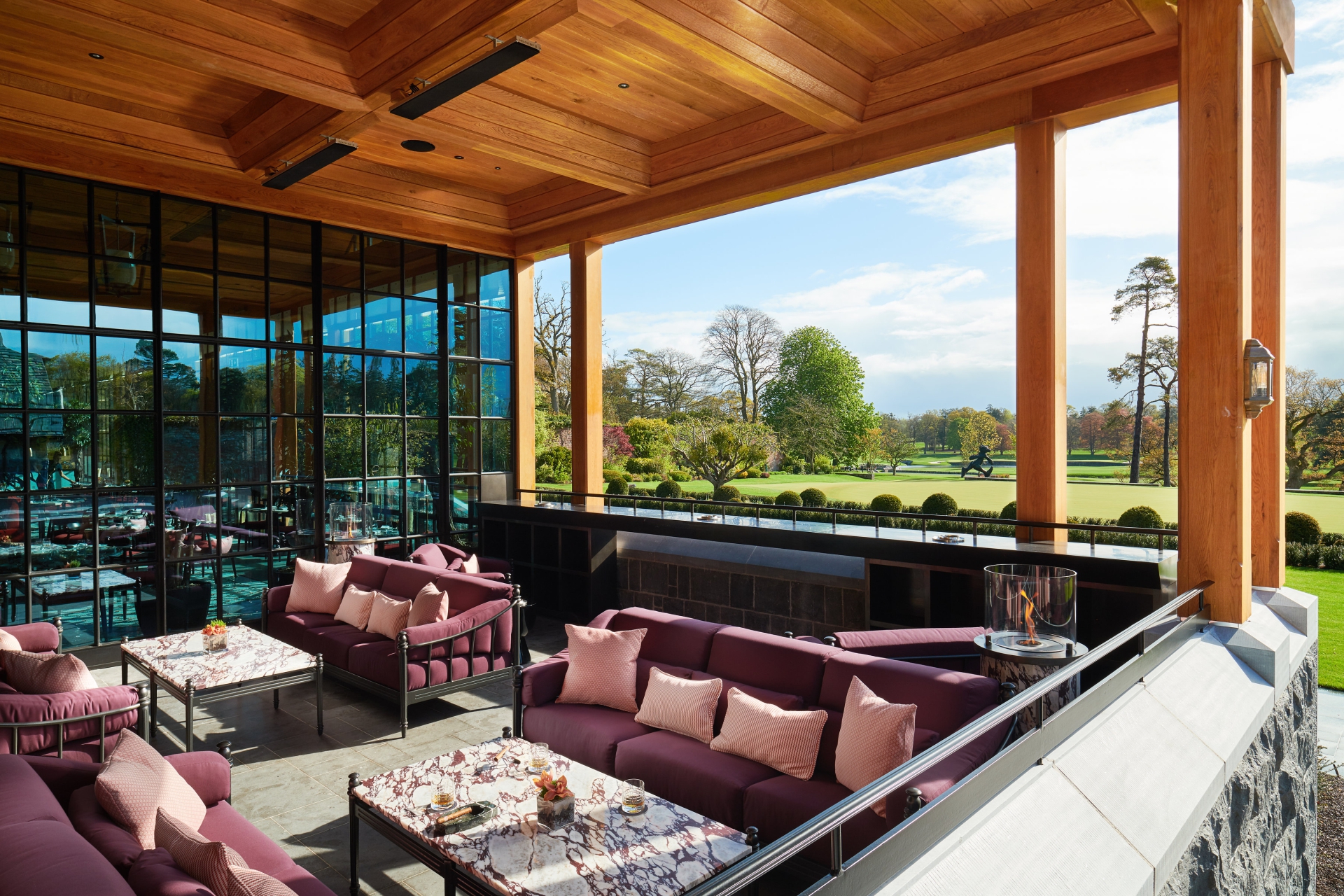 Of course, the golf course and pro shop at Adare Manor has been one of the most highly anticipated parts of the resort’s refurbishment, and they are also up and running after the official launch last month, in which Rory McIlroy, Padraig Harrington, Paul McGinley and Shane Lowry battled it out in a fourball competition.

Adare Manor is aiming to continue to play a key role in the local community, and it is estimated that the resort will contribute in excess of €15 million to the local economy annually.