Limerick GAA club hosts Who wants to be a Thousandaire? 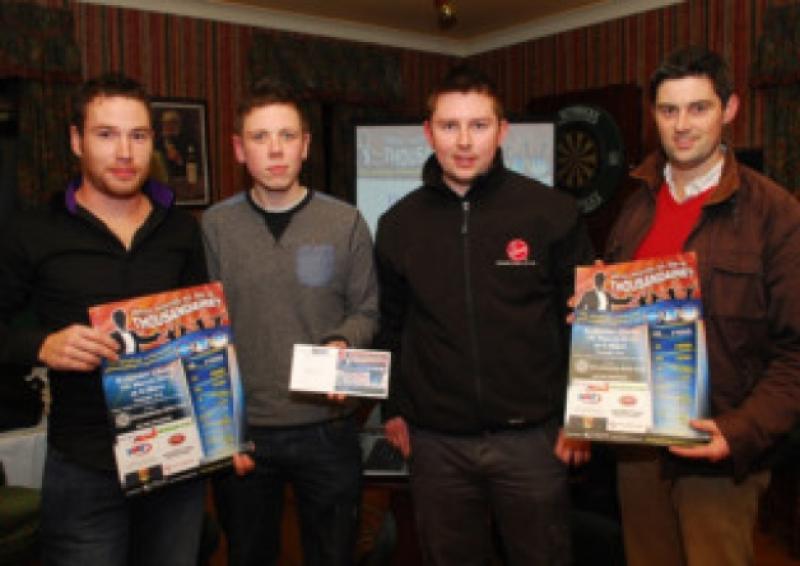 AUDIENCE members will be putting their brain cells to the test in Bulgaden Castle on March 7 when they attend Knockainey GAA Club’s Who Wants to be a Thousandaire?

AUDIENCE members will be putting their brain cells to the test in Bulgaden Castle on March 7 when they attend Knockainey GAA Club’s Who Wants to be a Thousandaire?

All proceeds from the night will go towards the upkeep of the GAA club.

“People are chosen in a draw. They are playing for up to €1,000 each,” explained Michael Walsh, chairman of Knockainey GAA club.

The show is based on the popular TV quiz show Who Wants to be a Millionaire, (sometimes informally known as Millionaire), an international television gameshow franchise of British origin which was hosted by Chris Tarrant on ITV. The Irish version of the show was hosted by Gay Byrne.

On March 7 in Bulgaden Castle, eight lucky contestants will get the chance to win up to €1,000.

The show includes the three lifelines of Ask the Audience, Phone a Friend and 50/50.

Presented by Pallas Marketing, the gameshow kicks off at 8pm.

The setup includes a centre podium surrounded by five 8ft x 6ft screens. There are questions set for each show which include, video/DVD, picture questions and local questions.

“It has been done throughout the country - it hasn’t been done that much in Limerick,” said Michael.

Tickets are priced at €15 and are available from committee members or on the door on the night.

There will be a raffle, and finger food will be served.

“This is an opportunity to support the local GAA club while you also have a chance of winning up to €1,000,” said Michael.