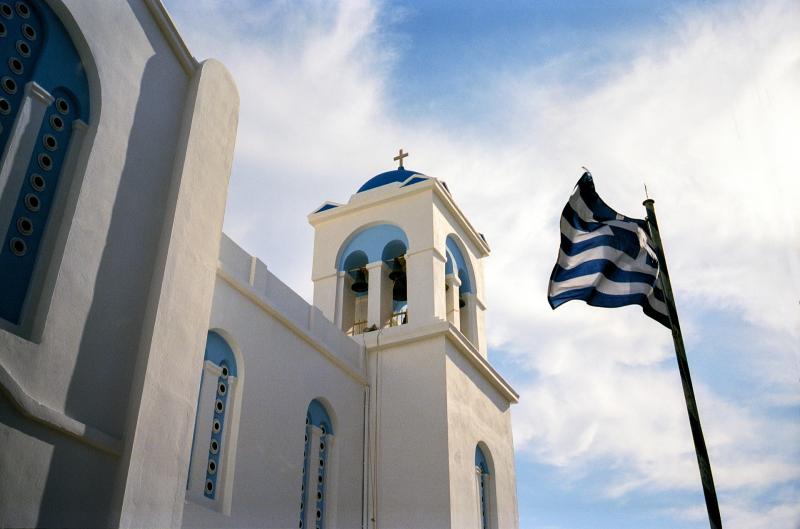 The accident happened on the Greek Island of Ios

THE tragic accident which has ended the life of a young Limerick student has cast a pall across Limerick on this, one of the last days of summer.

And it has brought infinite grief to the family and friends of Niall O’Brien.

The 20-year-old who was a student at UL, died overnight after being struck by a car. He was on holiday on the island of Ios with a large group of friends.

“It is a massive shock for the club and has cast a gloom over everyone,” said Dermot Coughlan, Honorary Secretary of the Men’s Committee at Castletroy Golf Club where Niall, his father and three brothers were members.

Mr Coughlan described Niall as a “very nice, very likeable guy” who was also a fine golfer. And he recalled that Niall was on the Castletroy Boys Team of 2014 which won the Munster Championship.

Niall, he added, had also worked part-time at the club and indeed was scheduled to return to work on a more structured basis next week.

Tragically, that will now not happen leaving Niall’s parents, Mike and Anne, his three brothers, wider family and friends to mourn their deep loss.

In Clare, where Niall played hurling with Broadford GAA,  journalist Páraic MacMahon recalled Niall’s starring role in a 2019 club match when Broadford defeated Newmarket-on-Fergus in an U221 decider. “He hit 1-11 in the replay to see Broadford claim the title for the first time in 14 years,” he wrote.

Niall, it is understood, togged out with his Broadford team mates as late as last week. He was also due to return shortly to his fourth year in UL where he was studying Financial Maths.

The Department of Foreign Affairs is providing consular assistance to the family as is the Kevin Bell Repatriation Fund.

All of us in Monaleen GAA
Club are devastated to learn of the sudden passing of Niall O'Brien while on holidays in Greece.
Niall played his hurling for Broadford GAA club, but lived across the road from our own club and was a close friend and former schoolmate of so

Niall’s tragic death has also stirred memories of other losses, in particular the tragic death of 23-year-old Darren Whelan, from Kildimo who fell to his death while on holiday in July. T