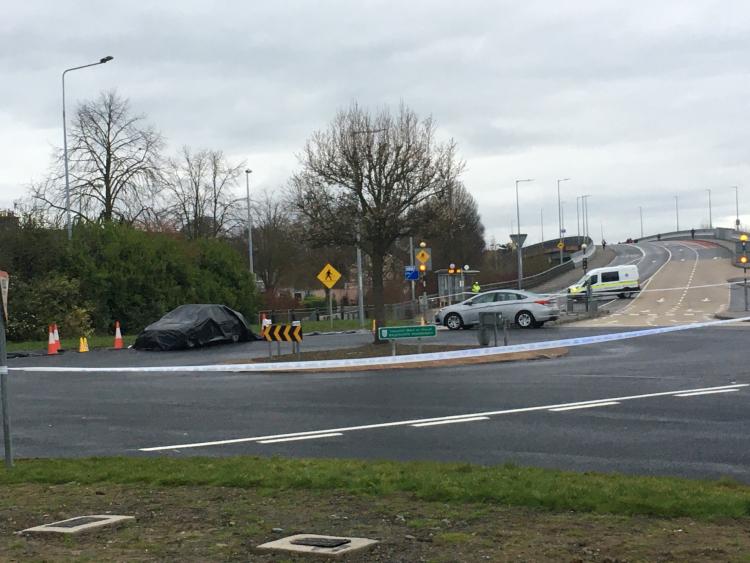 The scene of the overnight collision

The incident, involving a pedestrian and a car, occurred at Ballinacurra Road, Dooradoyle near the Crescent Shopping Centre at around 11.20 on Monday night.

"The pedestrian, a man aged in his 20s, was on the pedestrian crossing when the collision took place. The man was removed to University Hospital Limerick where he remains in a critical condition," said a garda spokesperson.

A number of roads have been closed and local diversions are currently in place as a technical examination is now underway at the scene. Bus Éireann is also advising users that its services are being diverted via the Dock Road.

Due to an incident overnight the Dooradoyle Rd in Limerick is closed between Crescent Shopping Centre & Ballinacurra/Punches Cross. All Routes 301, 304 304A, 314, 320 & @expressway Route 13 are being redirected to operate via Dock Rd in both directions@aaroadwatch @Live95fmNews

Gardaí at Roxboro Road are appealing for anyone who may have witnessed this collision or who were in the Ballinacurra or Childers Road areas between 11.15pm and 11.30pm to come forward.

As the car involved in this collision had come to the attention of gardaí earlier in the night, An Garda Síochána Ombudsman Commission (GSOC) have been notified.