LEADER POLL: Who are you voting for in the upcoming Presidential Election? 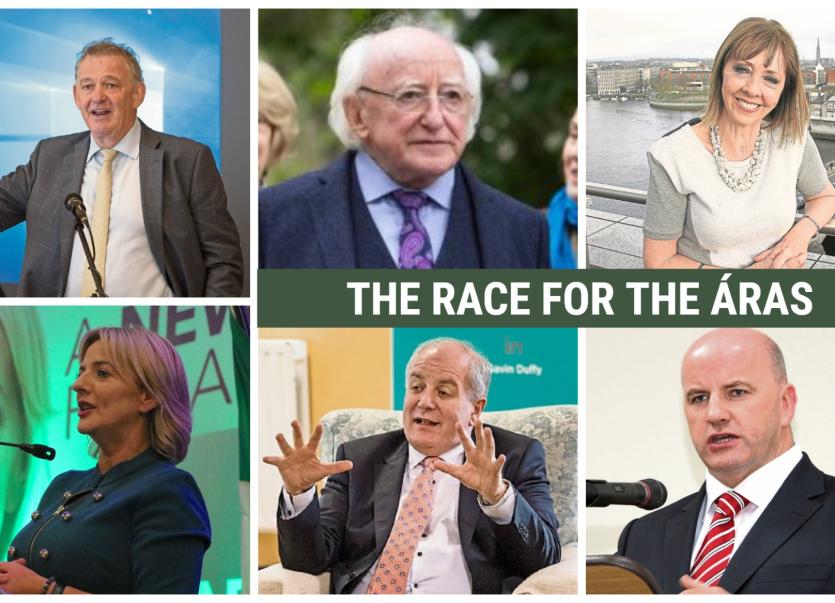 POLL: Who are you voting for in the upcoming Presidential Election?

WITH just days to go to the 2018 Presidential Election and the polls suggesting Michael D Higgins will be returned to the Áras in a landslide result, we want to hear from you to see if the debates and media coverage over the last couple of months have influenced how you will vote on Friday, October 26.

Michael D Higgins is the incumbent having served seven years as President and is the overwhelming favourite having garnered cross-party support from the likes of Labour, Fine Gael and Fianna Fail. He secured his name on the ballot paper by nominating himself as the sitting President.

Sean Gallagher is the most high-profile challenger having controversially lost out to Michael D Higgins in the 2011 Presidential Election. He has been out of the public eye for the last seven years as he focused his attention on a number of business interests. He gained his nomination through the county council route.

Joan Freeman is standing on a platform of mental health awareness and action having founded Pieta House in 2006 and overseeing phenomenal fundraisers like the Darkness Into Light walks across the country and the world. She gained her nomination through the county council route.

Gavin Duffy was the first Dragon's Den investor to put his name forward for a Presidential bid in 2018, announcing his intentions before former candidate Sean Gallagher and Peter Casey. He received his nomination through the county council process.

Peter Casey is the third Dragon's Den candidate and is running his campaign largely on the mantra that he will connect the country with its growing diaspora. He made headlines in controversial circumstances with comments about travellers late in the campaign and having considered dropping out of the race last weekend, he announced he would continue with his bid for the Áras.

He gained his nomination through the council route, including from Limerick City and County Council.

**This is a simple readers' poll on the Presidential Election.  We will not be using any other scientific methodology to produce the final result.