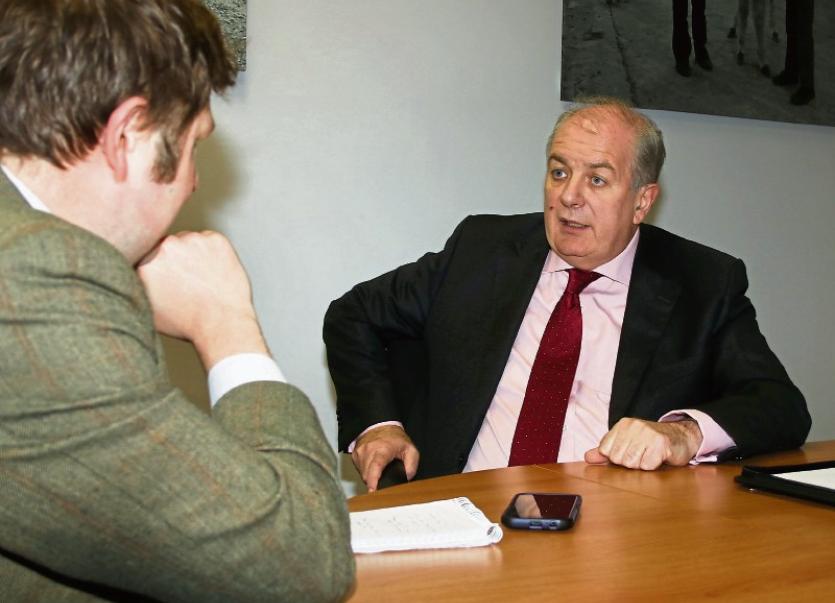 PRESIDENTIAL election candidate Gavin Duffy has pledged to serve just one term if elected to Áras an Uachtaráin.

Mr Duffy, who was on the campaign trail in Limerick, says he will not repeat the example of the incumbent Michael D Higgins, who is seeking a second, seven-year tilt as Ireland’s first citizen.

Meanwhile, the businessman, and former Dragons Den star has said he has already began to remove himself from the many directorships he holds, in preparation for the eventuality he is returned as president after next Friday’s election.

“People may not realise this, but the president cannot have anything other than the presidential salary. A president must wind up any business he has. I have already done that – I’ve not even put them into cold storage,” he told The Leader.

The presidential hopeful has enjoyed an interesting campaign so far, with incidents from his past – including a driving offence when he was young – being discussed.

“I’ve said from the outset, if you’re running for the post of Uachtarán na hÉireann, people will need to scrutinise you to a level that’s very deep. One of the issues I have addressed in 17 interviews now is that I was involved in a crash at the age of 18. I had driving offences between 18 and 21, and a speeding offence 25 years ago. I have expressed remorse, I have a huge regret. I have spoken in schools particularly to young men to tell them to drive carefully. I’ve learnt my lesson in a tough manner,” Mr Duffy said.

If elected as President, he will use the platform to speak out on Irish infrastructural challenges, saying he would like to see a “Kerry to Derry corridor”.

“I think a president can speak to these projects. The big problem I have is all motorways lead to and from Dublin. It’s causing Dublin’s continual urban sprawl and huge problems for Dublin City. It’s a real problem for Ireland, particularly when we don’t have that many secondary cities,” he said.

He also feels that a lot of the discussions which should have been had around Ireland 2040 were distracted by “party politics”.

“I believe someone in Limerick should be able to go and do business in Sligo, and vice-versa. You might say why would that be a president’s role? When the current government announced its 2040 framework plan, because it was party political, what we get is rows about advertorials in local newspapers and calls for the disbandment of the Strategic Communications Unit and no discussion,” Mr Duffy said.

The presidential candidate also attracted ire when he described the national broadcaster RTE as a “fan club” for the current president Michael D Higgins.

Despite a backlash, he insists he does not regret making the remarks.

“When we have a general election, the Taoiseach leaves the department of the Taoiseach and returns to their party’s head office. The incumbent has chosen to remain in Aras an Uachtarán,” he said, pointing to a function in Galway last week, when himself and a fellow candidate were answering questions from reporters.

”But the president said this is a presidential function, and he would not be taking questions that day. So there were no further questions for the incumbent. It’s something I stand over, as it’s something we are seeing,” he concluded.