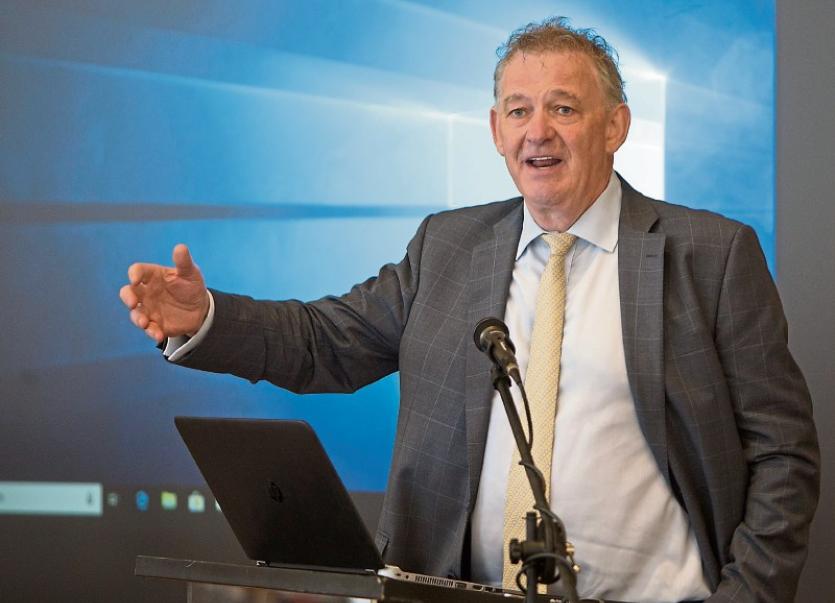 The businessman now needs the support of just one more council to allow him to mount a challenge for the highest political office in the land.

Peter Casey nominated by @LimerickCouncil for the #Presidential Election

And he may secure it as early as this Tuesday evening as councillors in Tipperary are set to hear from candidates shortly.

Mr Casey, who was one of five presidential hopefuls who sought an endorsement from the local authority, was the agreed candidate of both Fianna Fail and Fine Gael, with Cllr Michael Collins proposing the entrepreneur and Cllr Michael Sheahan seconding the nomination.

There was a contest at County Hall, with Independent member John Loftus nominating journalist Gemma O'Doherty, a move seconded by Cllr John Gilligan.

But while she received three votes - from Cllrs Emmett O'Brien, Loftus and Gilligan - Mr Casey prevailed with 21 members backing him.

Sinn Fein abstained, as they will back their own candidate Liadh Ni Riada, as did the Solidarity party.

The only Labour councillor present, Cllr Elena Secas also did not pick a candidate, as her party will be backing the incumbent President Michael D Higgins.

Interestingly, metropolitan mayor Cllr Daniel Butler did not follow his Fine Gael colleagues, and chose to abstain in the vote.

He confirmed afterwards this is because he will be supporting President Higgins in the October 26 contest.

There were also a number of absences from the meeting.

Earlier in the day, Mr Casey and Ms O'Doherty made their case before councillors, with any would-be presidential election candidate needing tghe backing of four local authorities.

They were joined by Marie Goretti Moylan, Sarah Louise Mulligan and John O’Hare.

On Monday, Peter Casey secured the nominations of Clare and Kerry County Councils.

Earlier, presidential candidate Kevin Sharkey pulled out of the race, while entrepreneurs Sean Gallagher and Gavin Duffy have each secured their four nominations.

They will be joined on the ballot by Senator Joan Freeman and Sinn Fein Ireland South MEP Liadh Ni Riada, alongside sitting President Michael D Higgins