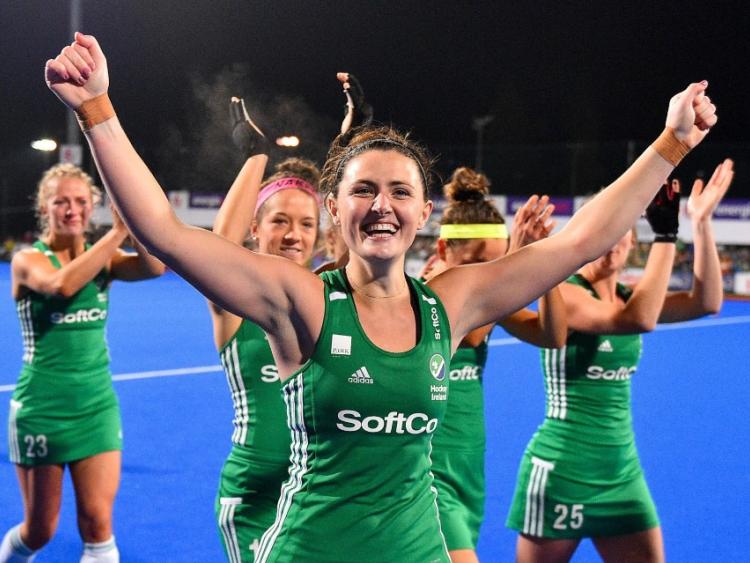 LIMERICK hockey star Róisín Upton played with a broken bone in her wrist during Sunday's nail-biting Olympic qualifier with Canada, it has been revealed.

Twenty five-year-old Raheen woman Upton is unable to pinpoint exactly when she sustained the wrist injury, but it occurred prior to the dramatic penalty shoot-out in which she scored her sudden-death attempt to send Ireland to next summer's Olympics in Tokyo for the first time in their history.

Róisín Upton told the Limerick Leader: "I broke the top of my ulna. There was just a point in the match where I felt I couldn't grip my stick properly and my wrist was quite sore, so I'm not too sure if I had a fall or got a bang. It was a physical game, there were so many collisions.

"I am not too sure exactly when, but adrenaline just takes over and I just kept going. I am looking forward to re-watching the game trying to pinpoint when it might have happened.

"After the game, I called in to get drug tested along with the Canadian captain. I just couldn't open some of the bags, different things and I knew then my wrist was quite sore. I was coming down off the high of winning.

"We went out on Sunday evening celebrating and it was still sore. When I woke up on Monday morning it was the same and we had a medical examination before we break for a couple of weeks, so I said it to my physio who thought it would be a good idea to go to the team doctor in Sport Ireland and I went for an x-ray in Cappagh Hospital from there and turned out to be fractured.

"I am in a cast now for the next couple of weeks. It will be four weeks before I see the consultant again, so hopefully I won't be out much longer than that."

Upton, who has won more than 70 caps for Ireland, has been inundated with messages of congratulations since the Irish women's hockey team's history-making performance on Sunday night. A large contingent of Limerick people made the trip to Energia Park for the play-off games.

"The support has been incredible. For me, Limerick is the sporting capital of Ireland. There were 80 or 90 of the hockey girls from Crescent up on Sunday for the game, there were coaches from Comp up on Saturday and Sunday supporting me.

"I had team mates and coaches from Catholic Institute up both days as well. I had people from Mungret St Paul's GAA Club up there too as well as my whole family, aunts, uncles, cousin, boyfriend and his family, the whole gang.

"The messages I have received since, everyone is so excited by the whole thing.

"It really hasn't sunk in. The whole weekend was incredible in terms of getting to play on Donnybrook in front of 6,000 people each night. It was beyond anything we have ever done before in Ireland. Even that was incredible, never mind winning and the fact that we have now qualified for Tokyo.

"It is just sinking in now."