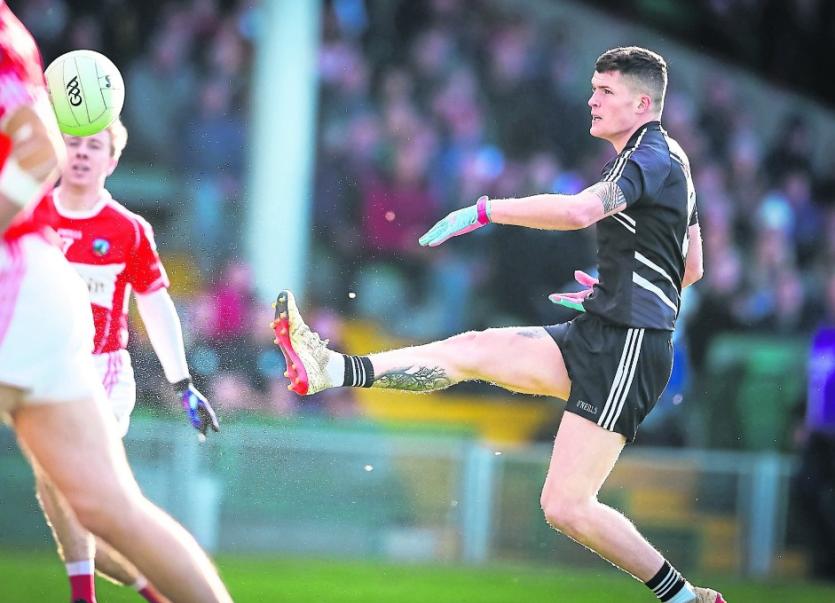 “We are still very young so hopefully we can drive it on and it won't be the last,” added Corbett, in reference to newcomers like the four Hurley brothers, Bryan Nix and Diarmaid Kelly.

Corbett helped set the tone – thundering forward from midfield to score two of the opening three points for Newcastle West and then slotting home the second half penalty.

“Probably not the best one I have ever taken but it went in and that’s all that matters,” smiled Corbett.

Those Corbett points helped Newcastle West into a six point lead before Oola had their first score.

“We wanted a good start because we knew that once Oola get on top of you that they are very hard to beat so we tried to dictate the pace from the start and a few of the chances we did get, we took them - we probably could have taken a few more but we got the lead and never relinquished it after that,” recalled Corbett.

“Once we got the cushion we tried to be solid at the back and when we did get chances we took them and maybe we could have taken more and scored a bit more but we got enough and that’s all the matters.”

Oola had scored 16 goals enroute to the final and Newcastle West planned with this in mind.

“​For the last four weeks since we knew we were playing Oola we knew how much of a goal threat they had so we had to be solid at the back. This is one of just two clean sheets we kept all season - we knew if we didn’t concede goals that we would have a great chance today,” explained Corbett.

Newcastle West led by seven points at half time but scored just three times in the second half.

“No matter who you play they are going to get a purple patch against you. At half time we just gathered our thoughts and reiterated that nothing was won yet and that we had 30-minutes and that if we won the second half we were going to win the game”, outlined Iain Corbett, who was 2019 Limerick inter-county captain.