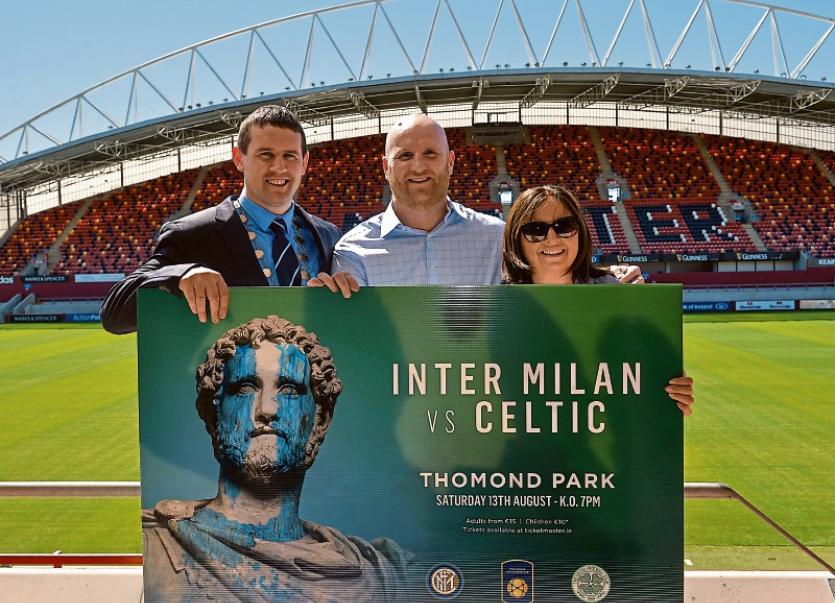 BIG-TIME soccer returns to Thomond Park this Saturday when Scottish giants Celtic and Serie A side Inter Milan face-off in the International Champions Cup.

The final game in the competition kicks off at 7pm and will be televised live on Sky Sports.

Speaking at the launch of the glamour fixture at Thomond Park, former Celtic and Arsenal striker John Hartson said: “I think it is great for Limerick, as a city, to be able to bring Celtic and Inter Milan here to this stadium.

“I think it will be a full house. It is a great tournament that Celtic have got involved in. When Celtic come here they should be ready to go for the season.

“I think it is great for the people of Limerick. I think Thomond Park is a fantastic stadium.”

Celtic have already kicked off their season and will be attempting to defend their Scottish Premiership title having won it 47 times already. The Glasgow club were the first British club to lift the European Cup in 1967.

Tickets are now available, for the game starting at €15 with children priced at €10, and can be purchased at www.ticketmaster.ie