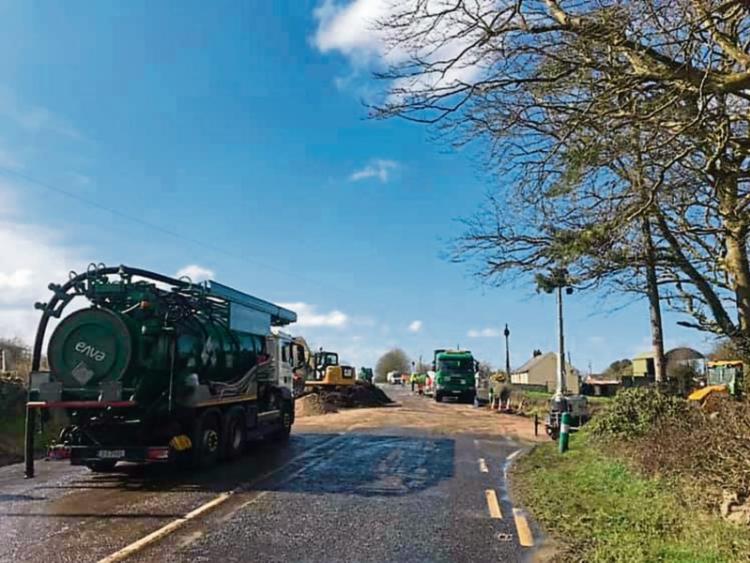 Works to clean-up the oil spill are set to continue. A stop-go system will operate 24 hours a day

MOTORISTS are being advised that a section of the N69 Limerick to Foynes road which was closed for almost a week has partially reopened.

An emergency closure was put in place after almost 30,000 litres of hot waste oil was spilled onto the road near Hegarty’s Cross when a truck jack-knived last Monday evening.

Limerick City and County Council says work to remove the oil and repair the road has been ongoing since.

While a section of the N69  – between Kildimo and Hegarty’s Cross – has now re-opened, the local authority says there are some restrictions.

⚠️ Emergency road closure at N69 Hegarty's Cross to Kildimo Village. A stop/go system will be in place until further notice in order to accommodate an oil cleanup operation

“A 24-hour single lane closure working under a stop go operation with convoy system will be in place until further notice in order to accommodate the cleanup operation. A 60kph/h speed limit is in force for the duration of the works. Motorists are advised that significant delays are expected during this period,” said a spokesperson who apologised for any convenience caused.

There were no serious injuries as a result of last week’s incident and there has been no pollution caused to any local streams or water wells.

WATCH: Customers queue to get last taste of McDonald's before Limerick outlets close