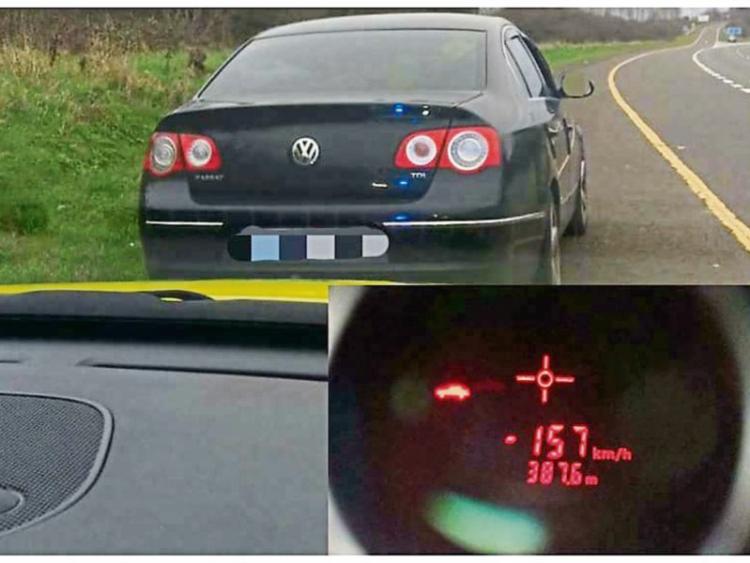 The detection was made on the M20 I PICTURE: Facebook / An Garda Siochana

A Novice driver who was caught speeding on the M20 motorway is facing a potential disqualification.

Members of the divisional Roads Poliing Unit stopped the black Volkswagen Passatt which was travelling in the direction of Adare on New Year’s Day.

Read also: Speed limits on N69 near Limerick village to be reduced

According to post on social media, the car was travelling at 157km/h – 37km/h over the limit – when it was encountered by gardai.

“The driver admitted that they have already accumulated penalty points. They now potentially face a six months disqualification from driving,” said a spokesperson who appealed to all drivers to slow down as we begin a new decade.