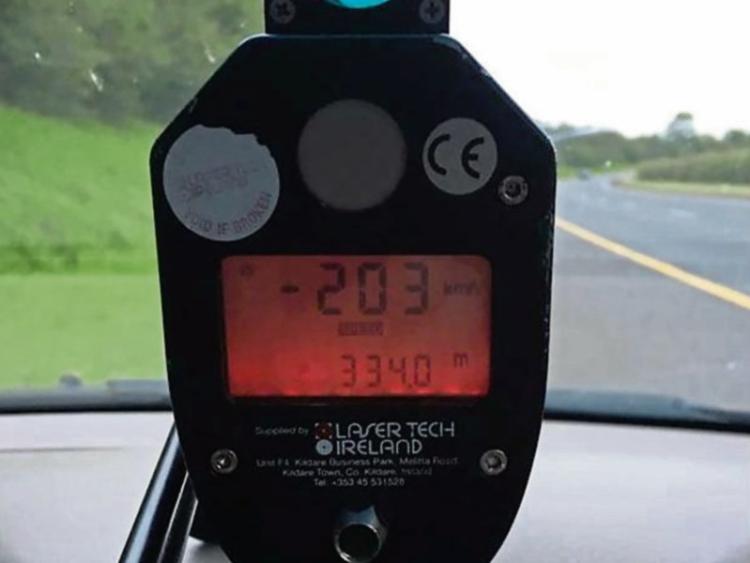 A MOTORIST is facing a disqualification after they were caught driving at high speed on the M7 motorway.

The offender was clocked on Saturday by members of the divisional Roads Policing Unit while travelling at 203km/h – 83km/h above the limit.

“Had a bit of catching up to do with this motorist,” stated a post from gardai on social media.

The driver has been charged with dangerous driving and is due to appear before Limerick District Court in the coming weeks.

Under the provisions of Section 53 of the Road Traffic Act, dangerous driving attracts a mandatory disqualification and a possible prison sentence.

Read also: Learner-driver facing prosecution for speeding in Limerick with child in the back seat