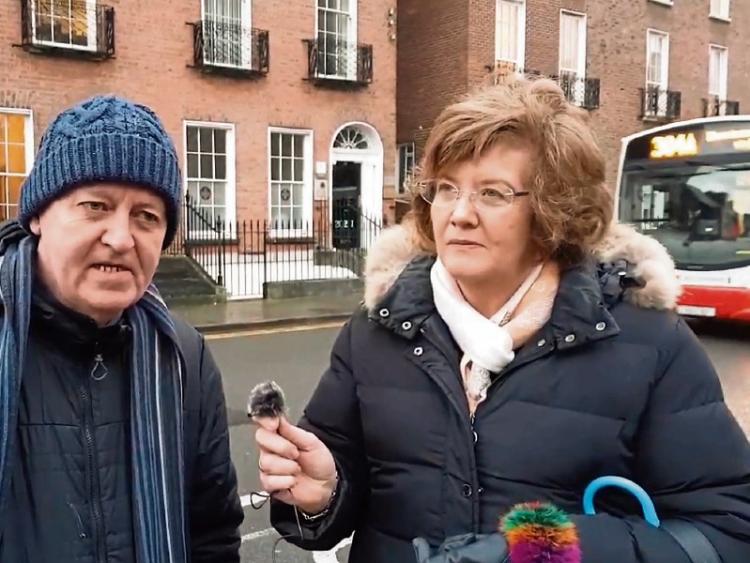 Taking to twitter this Wednesday, Senator Byrne posted a video in which she joined Tom Dowling on his daily morning commute.

Mr Dowling is the Studio Operations Manager at Troy Studios and has been very outspoken about delays on the 304 Bus Éireann service from Raheen to Castletroy, posting daily tweets regarding delays to the city bus service.

Ms Byrne posted that she joined Tom Dowling on his daily commute from the city centre to UL to get a full understanding of issues faced by commuters on the Bus Éireann Service.

She indicated she would be raising the issue with Minister for Transport Shane Ross in the Seanad this Wednesday.

In the video, which was recorded earlier this week, Ms Byrne can be seen waiting at the corner of Barrington Street with Mr Dowling.

They are waiting for the 304a which, she says, is “at least 10 minutes late.” The bus eventually arrived around 25 minutes after it should have, allowing Senator Byrne to get on the crowded bus and continue to record the journey.

“As you can see it is a single decker bus that we are on. There is an awful lot of people standing. The bus is chocablocked the whole way from front to back and it’s unsuitable to have single decker bus for this journey because it is a very busy journey,” said Senator Byrne.

The former Mayor of Limerick then finishes her video back where she started at Barrington Street stating that the round trip took her around an hour and half.

“It just goes to show that there has to be more joined up thinking between the National Transport Authority, Bus Éireann and Limerick City and County Council in terms of the delivery of efficient bus service in Limerick,” said Senator Byrne.