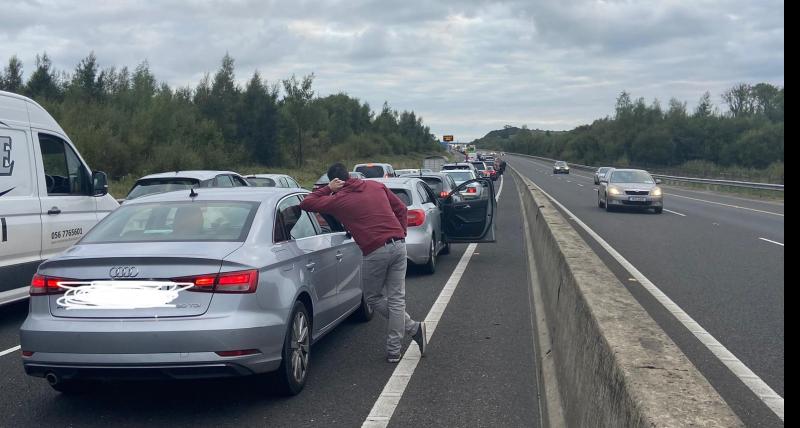 A scene of the tailback near Birdhill this Sunday evening

THERE WERE long tailbacks on the M7 between Birdhill and Nenagh this Sunday evening after a vehicle caught fire.

Transport Infrastructure Ireland’s (TII) Motorway Traffic Control Centre was alerted to a vehicle on fire at 5.50pm which led to major traffic congestion in the area.

It is unknown if anybody was injured in the incident which occurred between J26 Nenagh and J27 Birdhill (West) .

A number of Limerick motorists stuck in the tailback contacted Limerick Live in an effort to ascertain the reason for the delays.

"We’ve been at a standstill for over 10 minutes now and it’s just starting to move a little bit,” said one County Limerick woman travelling home from Dublin with her partner.

“Nobody really knew what had happened but we are hearing now a vehicle was on fire. The main thing is everyone is OK,” she said.