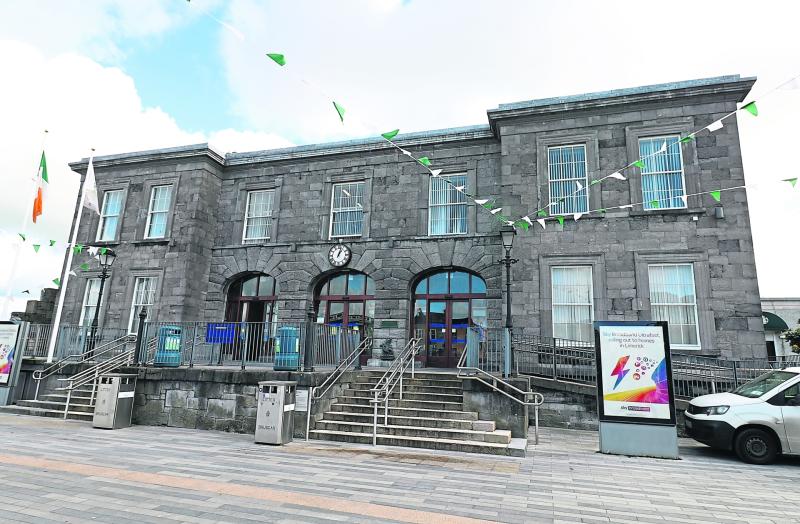 Limerick Colbert station is in line for an upgrade under the new transport strategy | Picture: Adrian Butler

What is the Limerick Shannon Metropolitan Area Transport Strategy?

The Limerick Shannon Metropolitan Area Transport Strategy, or LSMATS (pronounced El-Es-Mats) as it's more commonly known is a major new blueprint for travel and transportation locally.

It's been developed by the National Transport Authority (NTA) in conjunction with Limerick City and County Council, Clare County Council, Transport Infrastructure Ireland, as well as taking heed of the input of a number of other groups.

The aim of the strategy is to deliver a high-quality, accessible, integrated and more sustainable transport network across both Co Limerick and Shannon, which is a major employment hub for the Mid-West region.

It has been prepared amid fears of the impact of private car usage on the climate, with the blueprint aimed at discouraging the use of the private vehicle, particularly for short-trips.

But how can you persuade people to get out of their car?

In order to do this, the NTA believes land use and transport planning will be more closely aligned. Street space and road space will be shared, with walking, cycling and public transpoirt given priority.

What's in the plan for Limerick then?

Reports yesterday focused on the fact that the second phase of the Northern Distributor Road - seen as crucial to relieve traffic congestion in the city centre - was not in the plan.

But there is plenty in the strategy for Limerick, perhaps most notably, the provision of new rail stations at Moyross and Ballysimon, the latter seeing a park-and-ride. On top of this, more frequent train services on the Ennis and Ballybrophy lines are being posited. Given the existing line to Ennis passes close to Moyross and Ballysimon, it's assumed the new stations will be placed here. The line to Ballybrophy serves the commuter villages of Castleconnell and Birdhill, as well as the town of Nenagh - with Irish Rail often criticised for its poor level of service on this route, so more frequent trains here will no doubt be welcomed.

The line between Limerick Junction and Colbert is to also to be dual tracked, while the city's main rail terminal is to be upgraded. On top of this, a detailed study is planned to determine future investment in rail infrastructure and commuter services in the Limerick area. This could pave the way for more stations.

There's more to this plan than trains though...

Loads more. There will be a big overhaul of the area's bus service, with Limerick getting its very own BusConnects programme. This will lead to what's been described as a 'branch and spine' network, increased capacity and frequency, and demand responsive services in locations where ridership is low. Bus gates will be provided in certain locations whereby only public transport vehicles and cyclists will be allowed to enter. Strategic park-and-rides will be introduced.

It's hoped to introduce intregated ticketing measures - so presumably, there will be no need to mix-and-match. Your Leap card would cover your whole journey (so long as you have money on it!)

Another network will be introduced - a walking network for the city and Shannon. To do this, pedestrian crossings will be improved to have longer crossing times for pedestrians, and the removal of unnecessary signage, and other obstacles which are felt to impede pedestrian movement. More city centre streets will be pedestrianised, while people will be encouraged to walk more from the suburbs closer to the core. Improvements are also planned around the bus stops in Shannon Town, Sixmilebridge, Cratloe, and other dormitory areas to Limerick.

Improvements to the public realm in Cratloe, Ardnacrusha, Clonlara and Bunratty are sought. Connectivity to Shannon town and the airport will be greatly improved over the life of this plan, which stretches up to 2040.

Wait, back-up a bit, what is a branch-and-spine bus network?

Hard to explain, but this animation based on the proposed Bus Connects programme for Dublin could help.

Check out our "How does a Spine Work" animation. Any route beginning with A-G will have a direct service via city centre no change required. Simple really. @humantransit @yascaoimhin @TFIupdates @dublinbusnews @dermotog pic.twitter.com/wnODAMOplJ

What about this new economic zone the University of Limerick (UL) is planning?

The university is planning to build a new zone, providing work for up to 3,500 people on its lands in South East Clare. While the fact the second phase of the Northern Distributor Road is not being included in the strategy will no doubt come as a blow, UL's project gets a mention. LSMATS proposes an area-based transport assessment be carried out for it.

LSMATS envisages a cycling network for the city, with 'high-capacity corridors'. including from Mary Immaculate College, the University of Limerick, and the National Technology Park to the city centre. Also, private vehicle traffic is proposed to be removed from Sarsfield Bridge, permitting only buses, taxis, cyclists and pedestrians.

Permanent cycle infrastructure will be provided on Shannon Bridge.

Where does the proposed Limerick to Cork motorway fit into all this?

It is the intention of the NTA, TII and the local authorities to deliver the new M20 motorway, as well as reduce peak-time congestion on the N18. The Foynes to Limerick road including the Adare bypass is also included, while there will be a feasibility study and route selection process to progress the apprisal and delivery of the N24 improvemy scheme connecting Cahir and Limerick Junction. Future roads will be assessed according to the guidance in LSMATS.

Not entirely. A draft metropolitan strategy was released in 2020, and people had their say on the contents of that. Due to the Covid-19 pandemic, it has taken a bit longer than normal for the the second, updated version, based on people's submissions to come back.

A consultation period on the latest strategy is open until Friday, June 10. Once this is complete, the NTA plans to finalise the LSMATS and commence its implementation. First step will be a review of Limerick's current metropolitan bus network and the development of proposals for bus lane infrastructure. A cycle network is also included at this time, while a new local area transport plan will kick off in Shannon Town. Irish Rail will be tasked with developing an investment programme for local trains.

How can I have my say?

Information on how you can have your say can be found online here. The full strategy can be found by clicking here (Grab a cuppa though it's 144 pages long!)