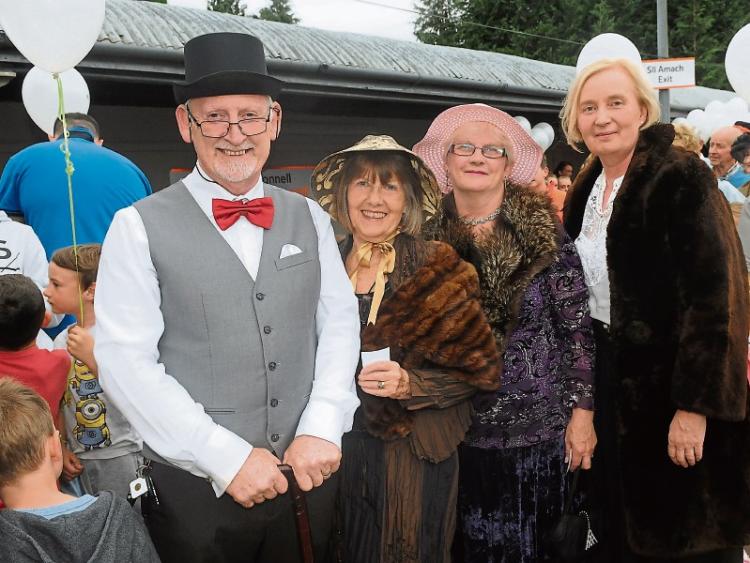 IF A person works from 9pm to 5pm in Limerick city centre and wants to take the train home to Castleconnell it will take them two hours and 57 minutes.

The journey takes 20 minutes. This is because the last direct train leaves at 4.55pm. After that you could take the 5.50pm train from Colbert Station to Limerick Junction. Change trains to go to Ballybrophy, then get out and take another train back to Castleconnell. Arrival time is 8.47pm.

Deputy Jan O’Sullivan is calling on Irish Rail to give the evening Limerick to Nenagh train a later departure time. The Labour TD was one of many guests on a special train to Castleconnell  to mark the 160th anniversary of the line.

“My Labour colleague Virginia O’Dowd, in conjunction with the Nenagh Rail Partnership, fought hard for a commuter service from Nenagh to Limerick.  At present the evening Ballybrophy train which services Castleconnell, Birdhill and Nenagh leaves Limerick at 4.55pm

“If the departure time could be changed to 5.15pm or 5.30pm it would make the service much more attractive to commuters working in the city centre,” said Deputy O’Sullivan.

“A review of rail services by the National Transport Authority in 2016 singled the Ballybrophy line as the most subsidised railway line in the country and it has been often suggested that the line should close,” she continued.

A report found that the railway line between Limerick and Ballybrophy is costing €550 per passenger to operate. In comparison, the subvention for every passenger journey on the Dart is 90 cent.

However, Deputy O’Sullivan said if there was an evening return service to Nenagh, timed to meet the needs of working people, commuters would start to see the train as “a viable alternative to driving and this line would get a badly needed shot in the arm”.

“The Climate Change Advisory Council has said we are not going to meet our target to cut carbon emissions by 2020. As a result we will be faced with heavy European fines. The government should be providing a proper modern-day fit for purpose train service outside Dublin to encourage people to leave the car at home,” concluded Deputy O’Sullivan.

A spokesperson for Irish Rail said they will channel Deputy O’Sullivan’s feedback to their operations planning department for any future timetable planning.

“All draft timetables are subject to public consultation and are ratified by the National Transport Authority,” said the spokesperson.

The Limerick to Castle Connell (then spelt as two words) railway was the third line to be built in the Limerick area and opened for business on the morning of Saturday, August 28, 1858. The other two were Waterford to Limerick in 1848 and the Limerick to Foynes in 1856 / 1857.

Nicky McNamara, of Love Castleconnell, said they are very proud of their railway station.

“It was during the organisation of its 160th birthday that we found that, amazingly, there are people living here who aren’t aware of this service. Any change in train times to help those working in Limerick city can only be good news.

“Love Castleconnell is actively promoting the village as a destination for visitors to come and experience our heritage and enjoy our riverside walks. And the community workshops are all part of that – to create a grand plan for the future of Castleconnell,” said Ms McNamara.

The first of the workshops she mentions takes place on Thursday, September 27 at 8pm in the parish hall. Ballyhoura Development has agreed to provide Castleconnell with a professional facilitator to talk and listen to the community with the purpose of developing a three to five year community plan. All are welcome to attend at the first of three workshops.