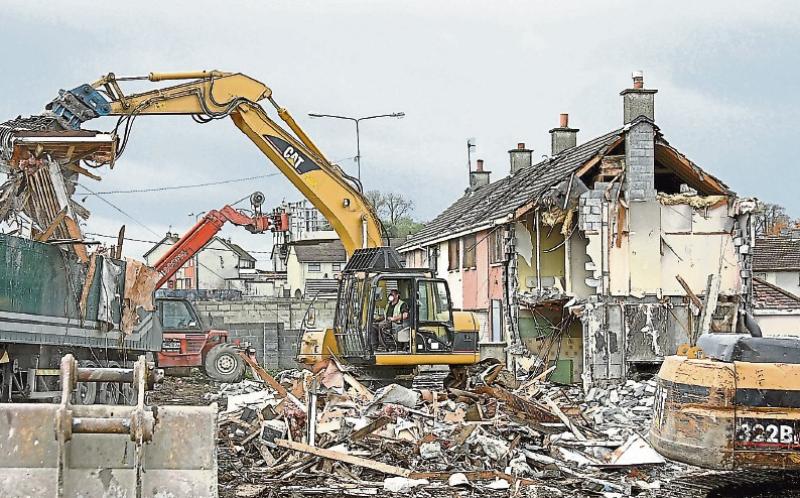 QUESTIONS have been raised about the number of houses built in Regeneration areas with one councillor suggesting that many have been “left in the cold” or are “still sitting in inadequate housing,” writes Cian Ó Broin.

At a special meeting of the Metropolitan District, Cllr Sarah Kiely stated she had an issue with the number of houses which were included in report from the Regeneration Directorate which was presented at the meeting.

She claimed the figure of 271 ‘delivered units’, as listed by the Council, across the four Regeneration areas of Moyross, Southill, Ballinacurra Weston and St Mary’s Park, was misleading.

She stated that several of the housing projects included in the list are not located in any of the four regeneration areas. These, she said, are Vizes Court (29 units), Lord Edward Street (81 units) and Wallers Well phase one (10 units).

“I’m not good at maths but my figure is 151 houses delivered in Regeneration areas. 151,” she said.

Cllr James Collins questioned the budget overview detailed at the beginning of the lengthy report.

It stated that from the Limerick Regeneration Framework implemented in 2013, €293m was allocated, with €253m earmarked for physical projects and €40m set aside for social and economic supports.

The former mayor said: “I sit on the Ballinacurra Weston Regeneration committee and there’s a number of issues residents have asked me to highlight in relation to their view. They question the value for money of the programme to date in terms of what it has achieved. The feeling is that there is too much money being spent on the physical versus community development.

“Most of the money in the physical, has actually been spent on demolition of properties, rather than the upgrade of properties.

“What we are seeing is certainly improved educational attainment, increased pathways to further education and employment on the ground, which is very positive.”

He added that it's quite heartening to see young people from Regeneration areas return to work, referencing a multi-national company that had taken on seven young people in recent months.