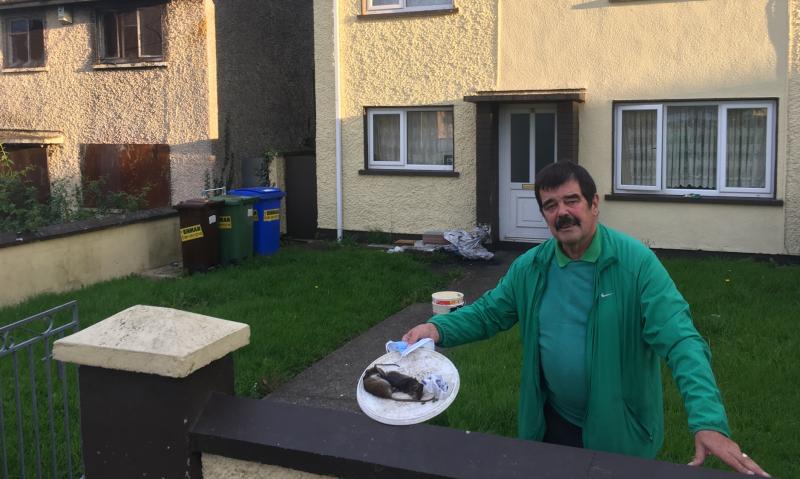 EIGHT years ago a Southill couple say they were told their home in O’Malley Park was to be knocked as part of Regeneration.

Jimmy and Geraldine McCarthy agreed to move to a house in Keyes Park. Now in 2021, they say not only is their home in O’Malley Park still standing – it has been refurbished. While they are living in between two derelict houses that are "riddled with rats”.

"We were all happy down there (O’Malley Park). I was told it was going to be knocked and it was never knocked. It was done up – there was money put into it. It made me bitter.

"Don’t get me wrong the house I am in now is big enough – I brought all my family up – but the houses I am in between have been derelict for over 20 years, long before I moved in," said Jimmy.

He says they are "scandalised with rats" coming from the derelict houses. Geraldine said rats even gnawed through their bin.

"You can see them walking on the wall. The rats are as big as cats. There is this one very big brown rat. The dogs are so used to them that they play with them," said Geraldine.

She says she has to leave her windows open during the day so she can hear people calling her name because friends or family won’t go into her front garden on account of the vermin.

Community activist Noel 'Buster' Hannan is pictured with two dead rats in front of the house in Keyes Park.

"It is a  living hell. There are rats all over the place. It’s a disgrace the way they have been treated. Southill people are the salt of the earth," said Noel.

Cllr Catherine Slattery said the there are plenty of houses the council could be "refurbishing and doing up and giving out to people on the housing list instead of taking someone’s home from them and rehousing somebody else in it".

Jimmy concluded by saying Regeneration had "all these big plans for O’Malley Park but these plans never came".

"They drove people out of O’Malley Park who would go back in a second. All I want to know is are they knocking them or what (the derelict houses on either side of him). All I want is straight answers. They send you around in circles," said Jimmy.

A council spokesperson said as part of the Regeneration programme certain houses were earmarked for demolition, due to their condition and also as part of larger plans for the areas in question.

"Tenants living in the houses affected were offered alternative accommodation. In the interim, to support the growing demand for housing, a decision was made to renovate a number of these houses already vacated, based on minimum input costs and speed of renovation.

"They have been allocated to tenants but are short to medium term allocations are the houses remain on the list for demolition. When additional housing comes online and the timeframe for the demolition approaches, these tenants will be offered alternative accommodation," said the council spoksperson, who advises that if a current tenant is having issues they should email customerservices@limerick.ie or ring 061 556000.