Obituary: Limerick priest who taught the Brazilians to play soccer 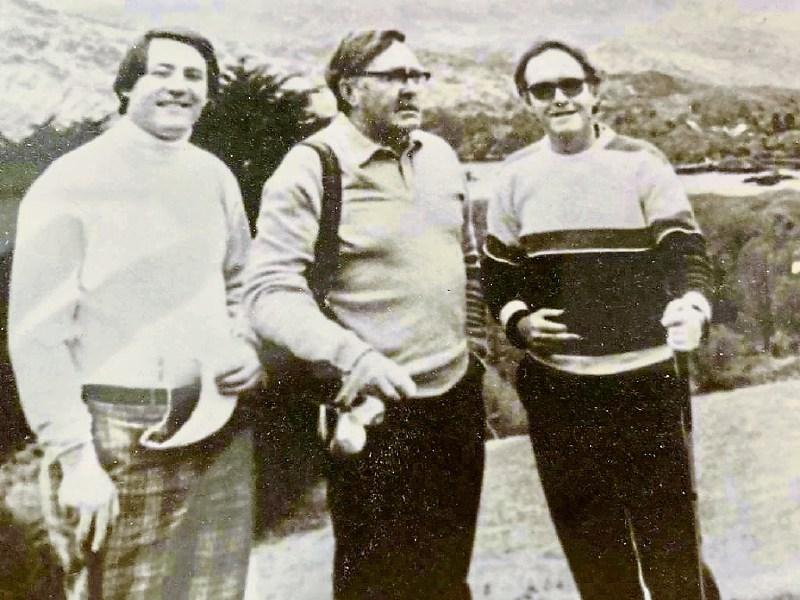 Kevin O’Connor, a brother of the late Fr Dermot O’Connor

Fr Dermot O’Connor, CSSr, who died after a long illness, was attached to the Redemptorist community in Esker, Co Galway, having been based on the missions in Brazil for almost 30 years.

He was one of the Redemptorist pioneers for that epic journey to Brazil in 1960-61 to attempt to renew Christianity for that huge country which is bigger than Europe.

Early in his career, his integrity was severely tested when he visited an impoverished village deep in the Amazon jungle. It took him four days to get there by boat and mule and he thought he would meet his maker when he was greeted by 20 horsemen, all firing guns in the air. But that’s exactly what it was – a warm greeting for the padre. At that time, they had not seen a priest for almost 30 years. He was busy for a few days, baptising, confirming and even marrying most of the villagers.

But one villager presented a problem.

He wanted the Irish priest to marry him and when Fr Der asked him if he was married before he replied that he was but his wife was no good. Der refused to marry him and then came the test to his integrity. Several politicians including the Mayor made representations to the Padre, offering him several bribes.

Fr Der subsequently became Head of the Secondary School in Fortaleza in the North East of Brazil. And one of his extra curricular activities was to coach the under 15 soccer team. What about that…. an Irishman teaching the Brazilians how to play soccer! They reached the last stage of the Fortaleza Cup, but despite Der’s brave efforts they lost in the final. In his youth, he had played soccer with Caledonians and won a rugby schools cup medal with Crescent College in 1951 in a team captained by Noel Harris, a brother of actor Richard Harris.

Fr Der was nominated by his great friend, Bishop Joe Hanrahan from Sutton to be a Bishop, which was a great honour in itself. But Bishop Joe died in tragic circumstances and though his body was subsequently exhumed it was not known how he died. As a result of this, Fr Der’s nomination was not pursued.

Der’s 26 years in Brazil coincided with a military dictatorship for 21 of those years. And that presented serious problems for all the people including the Redemptorists and their students. There were spies everywhere, ready to report on any minor misdemeanour. You had to be careful what you said and to whom you said it. The war time saying: “Loose lips sink ships” was in vogue. In those years in Brazil, loose lips could result in a long term in prison or a mysterious death.

The College put on a Gilbert and Sullivan opera – the Pirates of Penzance. At the last minute, Fr Der realised that they had not got permission from the military government or the local police. With a colleague, he told the local police about his plans. They said: “fine”; send three copies and we will have word for you in three months”. He did not have the heart to tell them he was putting on the show the following Monday.

He organised the dress rehearsal for the Saturday and was alerted by his staff to two suspicious gentlemen at the back of the hall. Fr Der was told they were two government officials, so he cancelled the second half of the operetta, bearing in mind that one of the numbers was “A policeman’s lot is not a happy one”. That might have been too much for the local gendarmes. He was chatting to the cast when the two suspicious gentlemen came over to him and burst into song: “Oh Danny boy, the pipes, the pipes are calling”. They were two Franciscans in civilian clothes who knew Fr Der was Irish!

Fr O Connor’s family owned the People’s Bakery in Parnell Street. He is survived by his sister, Ursula O Leary,(Limerick) and brother Kevin (Wicklow) and he was predeceased by his brothers, Brendan, Tom, Alger (all Limerick), Des and Sean (both New York).

The Provincial of the Redemptorists, Fr Dan Baragry was the chief celebrant of the Requiem Mass in Esker Church, assisted by Fr Brendan Callanan, Rector, Esker.