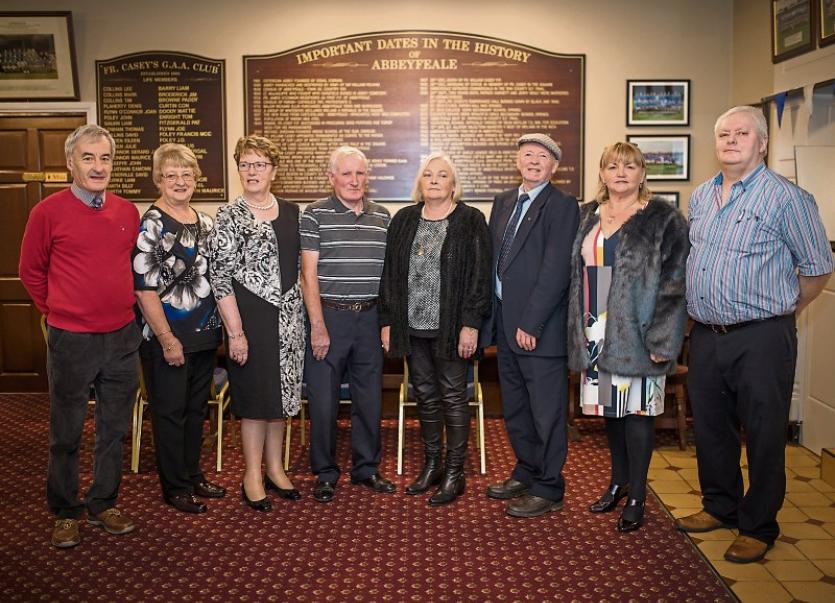 THE call has gone out to ballad makers the length and breadth of the country to get composing if they want to be in with a chance of winning  the €1,000 first prize now on offer for a newly composed Irish traditional ballad.

The prize is being offered by the Garry McMahon Singing Weekend which takes place every October in Abbeyfeale and comes with a second prize of €350 and a third prize of €100.

For a number of years, the festival weekend has held a competition but this is the first year such a significant prize fund, totalling €1,450 has been put up.

The singing weekend, and indeed the ballad competition, were established in honour of the late Garry McMahon, a Kerry man and solicitor transplanted to Limerick whose passion for ballads and singing ran deep. Many of Garry’s compositions, such as The Land of the Gael, The Hills around Listowel and My own Newcastle West are still remembered and sung wherever singers meet.

“The ballad is a powerful vehicle for the full range of human emotions,” says Garry’s brother, Owen McMahon.

“Ballad singers and ballad makers  chronicle people’s sorrows and joys, their whimsies and their loves.”

Composed by ordinary people, farmers, tradesmen, spalpeens and the like, the aim of the competition is to ensure that venerable tradition lives on for generations to come. “The songs carry our history,” Mr McMahon continued. “They have to do with places, with placenames, with events and people. These songs are like history books. They are invaluable.”

Owen and Garry’s father, the writer and teacher Bryan McMahon inculcated the love of ballads in his children. Bryan was a collector and maker of ballads and for several years had his own radio programme dedicated to ballads.

The New Ballad competition comes with rules. “The committee does not seek to define what constitutes an Irish Ballad. Entries for this competition must be sung in style consistent with existing traditional Irish Ballads,” the rules state. Entries can be in English or Irish but must be original and not previously performed or published in public. Each song submitted must be sung unaccompanied, with no backing music allowed. Other conditions govern the format in which entries must be made.