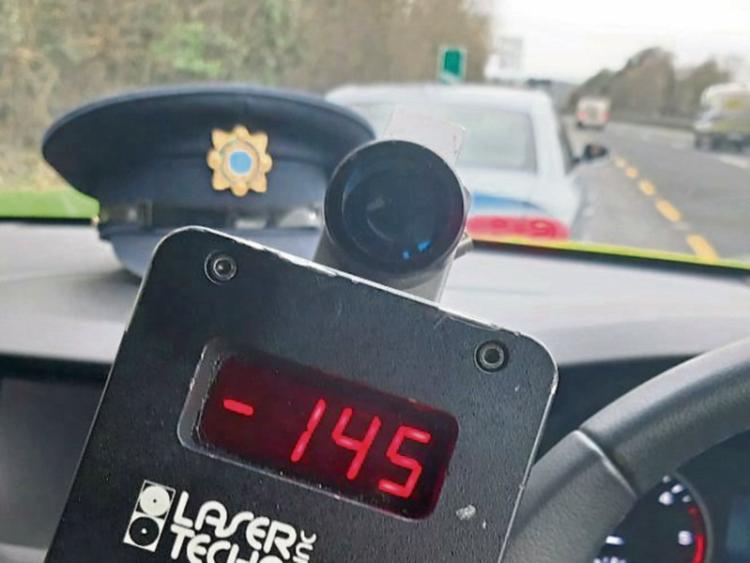 GARDAI are appealing to drivers to slow down after several motorists were caught speeding on one of the main approach roads to Limerick city.

The detections were made this Friday on the N18 dual carriageway near Bunratty by members of the Clare Roads Policing Unit.

According to gardai, one vehicle was caught travelling at 145 km/h in a 100 km/h zone.

Clare Roads Policing Unit clocked this driver speeding at 145kph in a 100kph zone, on the N18 Dual Carriageway in Bunratty today. Several other speeding motorists were also detected. Speeding tickets have been issued #slowdown pic.twitter.com/6bgszCI9JU

A number of fines have been issued and the drivers will also receive penalty points on their licences.