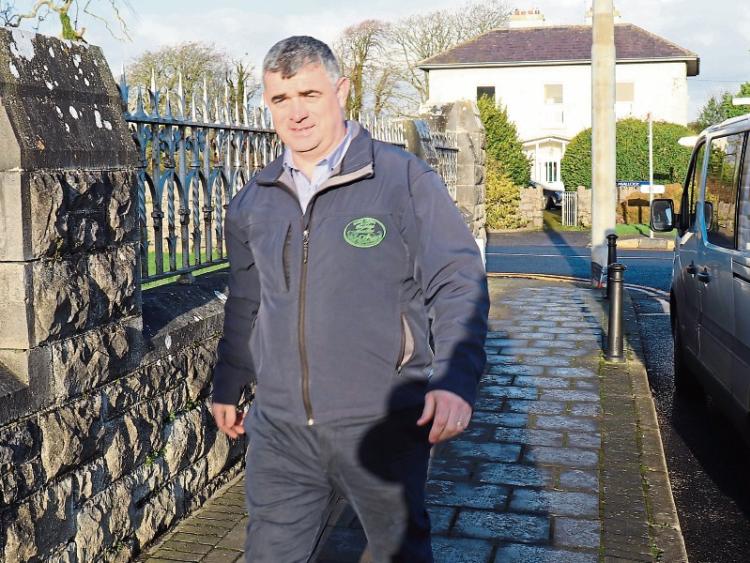 TRAFFIC mayhem can be expected in the coming weeks and months on the N21 and on the N69  as work begins on a new sewer pipe in Adare and traffic calming measures are installed in Kilcornan.

Work has begun on the traffic calming in Kilcornan and will last to the end of June while the Adare project is expected to begin next Monday and to last 12  weeks.

“There is a lot of concern about the length of time the project is going to take,” Cllr Bridie Collins said at a meeting of Adare Rathkeale councillors last week. “The later the start, the later the finish,” she said.

But she said this Wednesday she was “comforted” by the fact that the contractors and Irish Water are very aware of the traffic situation in Adare and that the job would last 12 weeks and not the 16 weeks originally mentioned.

The new sewer pipe is being laid from the Village Hall out as far as the new car park on the Rathkeale Road. “It is a very deep sewer pipe on a very busy road with a lot of rock,” Aidan Finn, executive engineer for Adare Rathkeale Municipal District told councillors last week,  explaining why the Adare project will take so long - “it is a difficult project but it is necessary.”

“If the two roads (the N21 and the N69) are restricted it is going to be absolute mayhem,” Cllr Stephen Keary warned.

“Both projects are required and it is the best time of year,” Mr Finn responded. “It is unfortunate they are conflicting.”

They were looking at having east-bound and west-bound traffic use different routes, he said. But Cllr Richard O’Donoghue was deeply concerned that it would send even more traffic through Anhid Cross on the N20 and along a back road to Chawke’s Cross.

There are already 2,700 vehicles a day using that ‘short-cut’, he explained. “It is like a motorway,” he said.

And he was particularly worried about the condition of the road which was now falling in on both sides as a result. The surface at Chawke’s Cross had worn away, he said.

He was also deeply concerned about safety at Lee’s Cross.  He had been highlighting these issues for the past six years but nothing had been done.

A design to improve safety at  Chawke’s Cross is being drawn up, Cllr O’Donoghue was told.