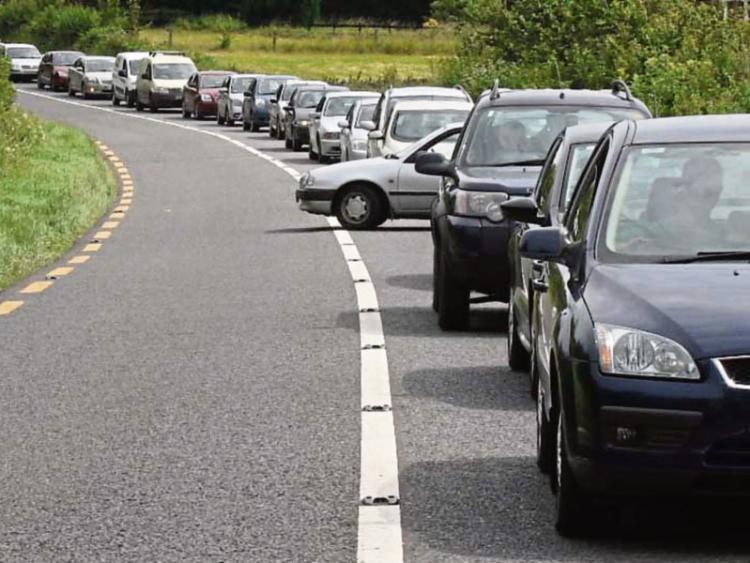 The proposed bypass will relieve congestion in Adare

AS many as 10 homes will have to be demolished to make way for the €450m  Adare bypass and the new road to Foynes, it was claimed this week.

“This would be a high figure for a project of this size,” William Martin, whose company specialises in compulsory purchase order issues said this Wednesday. “Generally they try and avoid taking out dwelling houses.”

CPOs have been served on about 140 landowners and property owners along the route following the lodgement of plans with An Bord Pleanála in December, Mr Martin explained, but property owners  remain unhappy with the selected route.

Many feel the N69 should have been upgraded and the Adare bypass included in the Limerick to Cork motorway plan, he added.

These views emerged at a meeting in Adare last week which was hosted by Mr Martin’s company and which was attended by 75 people. “It was a very good turn-out,” Mr Martin  said. “We had anticipated 40 to 45.”

“One of the issues that arose was consultation during the development of the scheme, which hasn’t been great, ” he said. “The local authority or Transport Infrastructure Ireland, while they looked for information from landowners, there was very little two-way flow about the development. In the end, farmers were disappointed they weren’t kept informed more and were presented with a fait accompli.”

“At this stage, the main point that would be raised is they feel this route is totally wrong. The wrong route was chosen and it is an enormous waste of public money. They felt the N69 should have been upgraded. This is a Foynes road and the Adare bypass was brought into it at a late stage. The bypass should have been put with the Limerick to Cork motorway scheme.”

“All Foynes traffic will be brought down the bypass as far as Rathkeale where the Kerry traffic then continue on. The Adare traffic problems are just going to be transferred on to Newcastle West and Abbeyfeale,” he said.

Last November, the Limerick Leader reported that design work on relief roads for Newcastle West and Abbeyfeale was underway.

Consultants were appointed to the project last May,  a senior engineer with  the Mid-West National Roads Design Office confirmed and they were working on the  constraints gathering stage, collecting the information needed before any routes could be generated, he explained.

The next phase, he said, would be route generation  after which there would be public consultation before routes would be selected.

Meanwhile, Mr Martin expects there will be a “lot of objections” to the new Limerick to Foynes road. “At this stage, people are conscious of the fact they are not going to change the route,” he said. “They just need to be treated fairly regarding compensation.”

But  he reckoned that over 50% of landowners would lodge an objection of some kind with An Bord Pleanála before the deadline of February 14, in the hope of mitigating their own situation or getting some concessions. He estimated only a small few would lodge outright objections.