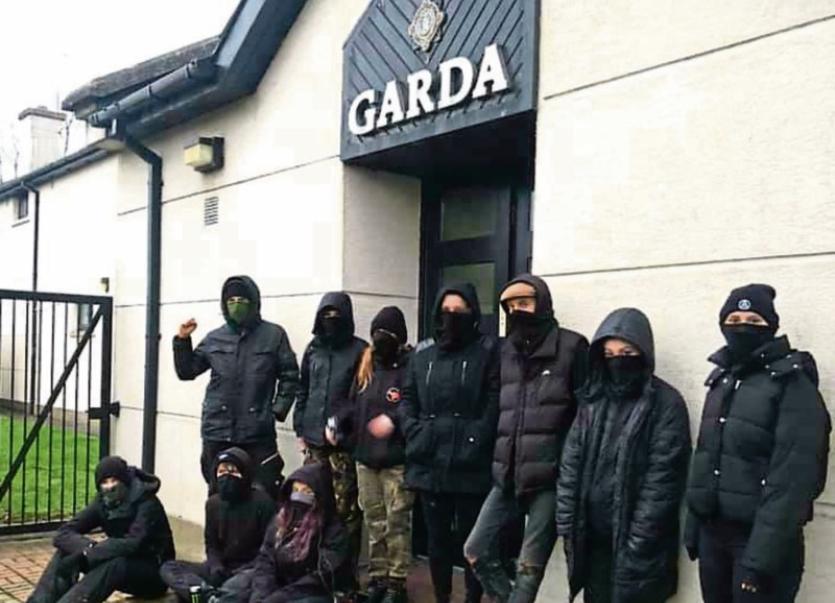 TWO hunt saboteurs who were arrested by gardai in Bruff for trespassing have vowed to return to County Limerick in the “near future”.

In turn, Scarteen Hunt, which was targeted by up to 20 “sabs” over the weekend, has vowed not to let them interfere with their country tradition which goes back centuries.

Hunt Saboteurs Ireland said their purpose is to “prevent the murder of wildlife in Ireland by using peaceful direct action”. They said they were “following the law” in County Limerick.

Bruff Superintendent John Ryan said two males were arrested at Boheroe, Dromkeen on Saturday for trespassing. They were brought to Bruff garda station, questioned and released without charge. A file will be prepared for the DPP.

“We will certainly be enforcing the legislation in relation to any breaches. We have to ask everybody to operate within the laws of the land. We can’t let any particular group step outside it. That is our stance on it,” said Supt Ryan.

“It was hugely welcome. We called the gardai. Their (hunt saboteurs) policy is intimidation and they are looking for confrontation.

“We felt intimidated and they were trespassing. We get permission for every where we need to go. We are blessed with, and very thankful to, the farmers in our area for access,” said Mr Ryan.

He said it is very intimidating to be faced with up to 20 people going around with masks and dressed all in black.

“They are frightening young people in the hunt and young people going about their business. There were two young kids on their lawn on Saturday and they were terrified. It is also very intimidating for elderly people,” said Mr Ryan, who added that this is the third time in six weeks they have been joined by hunt saboteurs. The previous two instances were in Caherconlish and Hospital.

“They carry around sprays to try and prevent the hounds from following the line of the fox. They interfere with the dogs who wouldn’t recognise them. Spraying dogs is an animal rights issue in itself,” said Mr Ryan, who concluded by vowing that the saboteurs will not stop them hunting.

A spokesperson for Hunt Saboteurs Ireland told the Leader they are an extension of the hunt saboteurs in the UK, formed in the 60s.

“There’s always been resistance to hunting. We are simply doing what is necessary.  We use a variety of harm free methods to prevent the dogs from killing any foxes by distracting them and blocking the foxes’ / hares’ scent. We had over 20 hunt saboteurs (in Limerick) and many vehicles as resistance is growing rapidly in Ireland,” said the spokesperson.

Some of the 20 came from Sweden and England.

“It was a successful endeavour as we believe there were no kills as we know of and we made our presence felt. They were arrested for trespassing as they left the land as instructed. We will return to Limerick in the near future, absolutely,” said the spokesperson.