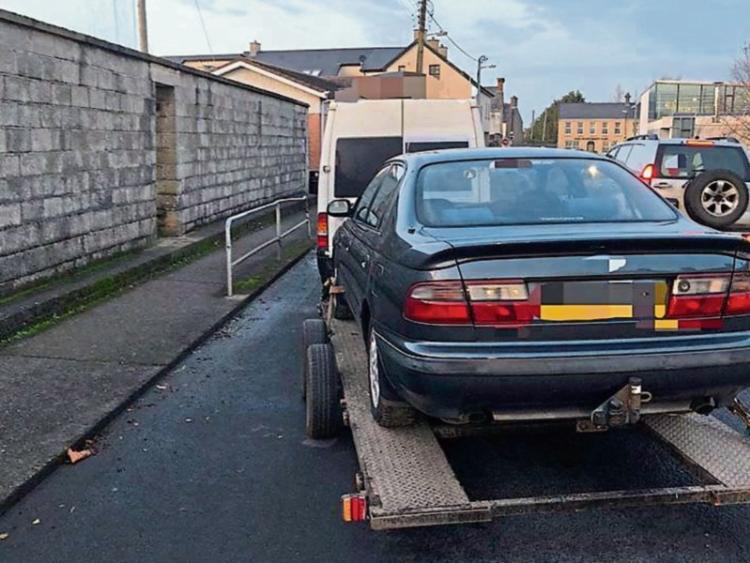 A VAN driver who was stopped while transporting a Toyota Carina car on a flat trailer is facing prosecution for multiple road traffic offences.

Details of the detection which occurred in Kilmallock earlier this week have been released by members of the divisional Roads Policing Unit.

According to a post on social media, the driver did not have a licence to tow a trailer and was not wearing a seatbelt when stopped.

It is also alleged there was a false tax disc on the windscreen and that the van had not been taxed for four years.

The CVRT was out of date by more than 12 months and there was no second coupling between the double-axle trailer to the van which was seized.

A court prosecution is to be initiated in relation to the incident.