WATCH: Festival of Kindness aims to bring out the goodness in Limerick people 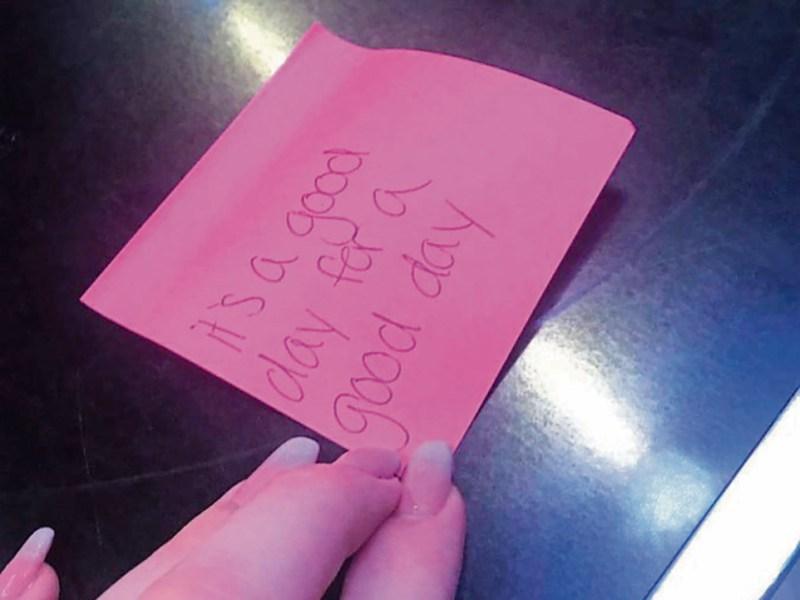 Individuals and businesses across Limerick are being encouraged go the extra mile and to be kind in the community as part of the annual Festival of Kindness.

The festival, organised by non-profit organisation Pay It Forward Limerick, is now in its fifth year, with many businesses in the city getting involved.

Businesses such as Spin Southwest, Starbucks and Bus Eireann to name a few have made an effort this year with one goal –  to create a chain of kindness across Limerick.

“We want people to be kind in ways that are comfortable for them – we don’t want kindness to feel difficult or cumbersome. We want to remind people it’s easy to be kind,” says Mariah Hassett of Pay It Forward Limerick.

“When we’re asking businesses for support, it can be in any way they can. Some businesses have made small donations to be made away, or are doing something kind for their employees such as catering a lunch. Even wearing the festival pins throughout the week spreads awareness and keeps kindness in everyone’s minds,” she said.

The festivities kicked off on Saturday at a Family Fun Day at Bedford Row which brought together those are involved – from schools, churches and scouts groups.

“Most of the people involved in Pay it Forward Limerick are mental health professionals, and it’s a really preventative organisation to try and stop people getting themselves into difficulty. It’s when we’re in difficulty that we look for help, this is an opportunity to go upstream.” said  Michael O’Mahony chairman of PIFL.

“That’s why we put a huge emphasis on young people, and it’s why we have over thirty schools involved. They do seasonal kindness, and have their own Kindness Committees. The kids run it, and we award them their Kindness Flag,” Michael added.

Now in its fifth year, Pay It Forward Limerick’s ripple of kindness has spilled into other areas of the country.

“People from all over the country are getting involved. It’s a Limerick initiative but it’s exploding on us. The response has been unbelievable,” says Michael.

“We want people to get involved themselves, as well as businesses. People are kind and gentle and there’s goodness in them. What we’re asking is for this week is to just be that little bit kinder. The universe will give you plenty of opportunities to be kind in all areas of your life,” he added.

“We’re not a charity helping a specific group of people, it’s for everyone – kindness is across the board. Support the unsung heroes, go the extra mile for those who rarely get recognised for their work. Just go for it.”

To get involved, contact Pay It Forward Limerick at piflmarketing@gmail.com or get in touch on social media.